Leonidas Roumpas, “Investigation of the impact of mobile phone use to driver behaviour and safety with the use of driving simulator”, NTUA, School of Civil Engineering, Athens, February 2010. 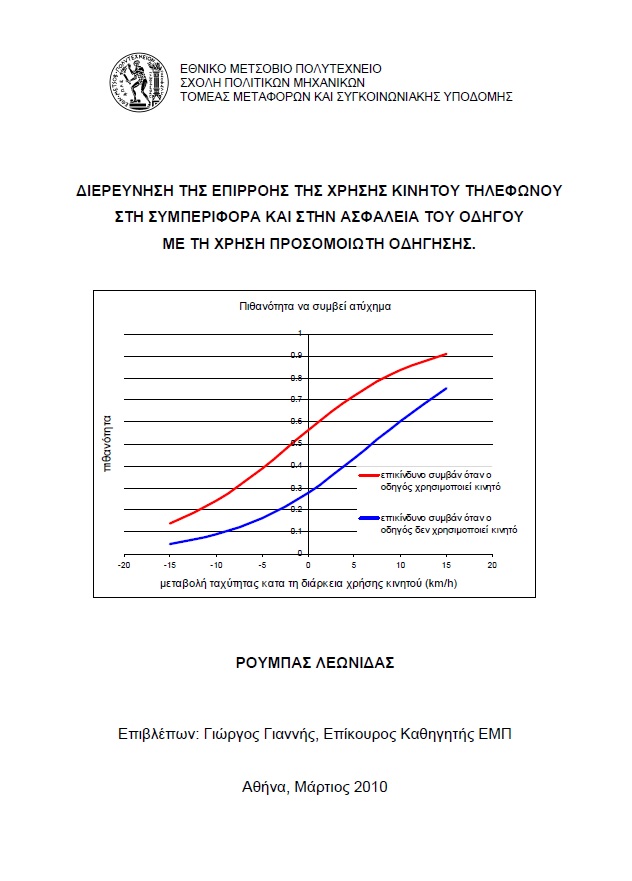