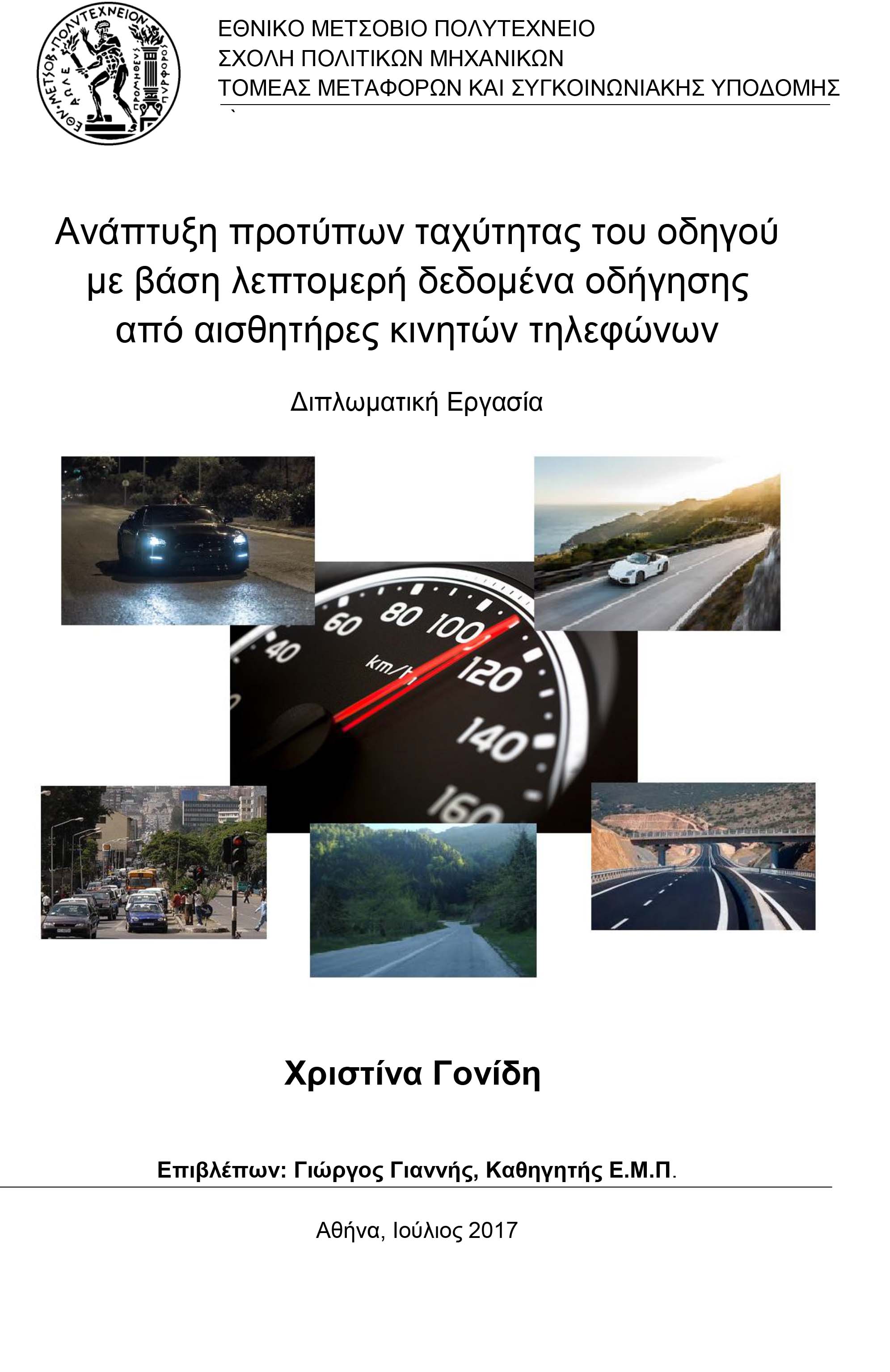 The aim of this Diploma Thesis is the development of driver speed models based on detailed driving data from smartphone sensors. A large data set recorded per second was used, containing information about the exact position of the vehicle, its acceleration and deceleration and the point where the drivers performed a harsh manoeuver or speed change or when they used their mobile phone, etc. In order to analyze the available data, six statistical linear regression models forecasting driver average speed were developed: one general model, two models for the periods inside or outside risky hours and three models for each road type (urban, rural and highways). The results demonstrated a strong correlation between the average speed and the distance covered by the driver as well as driver accelerations and harsh changes.