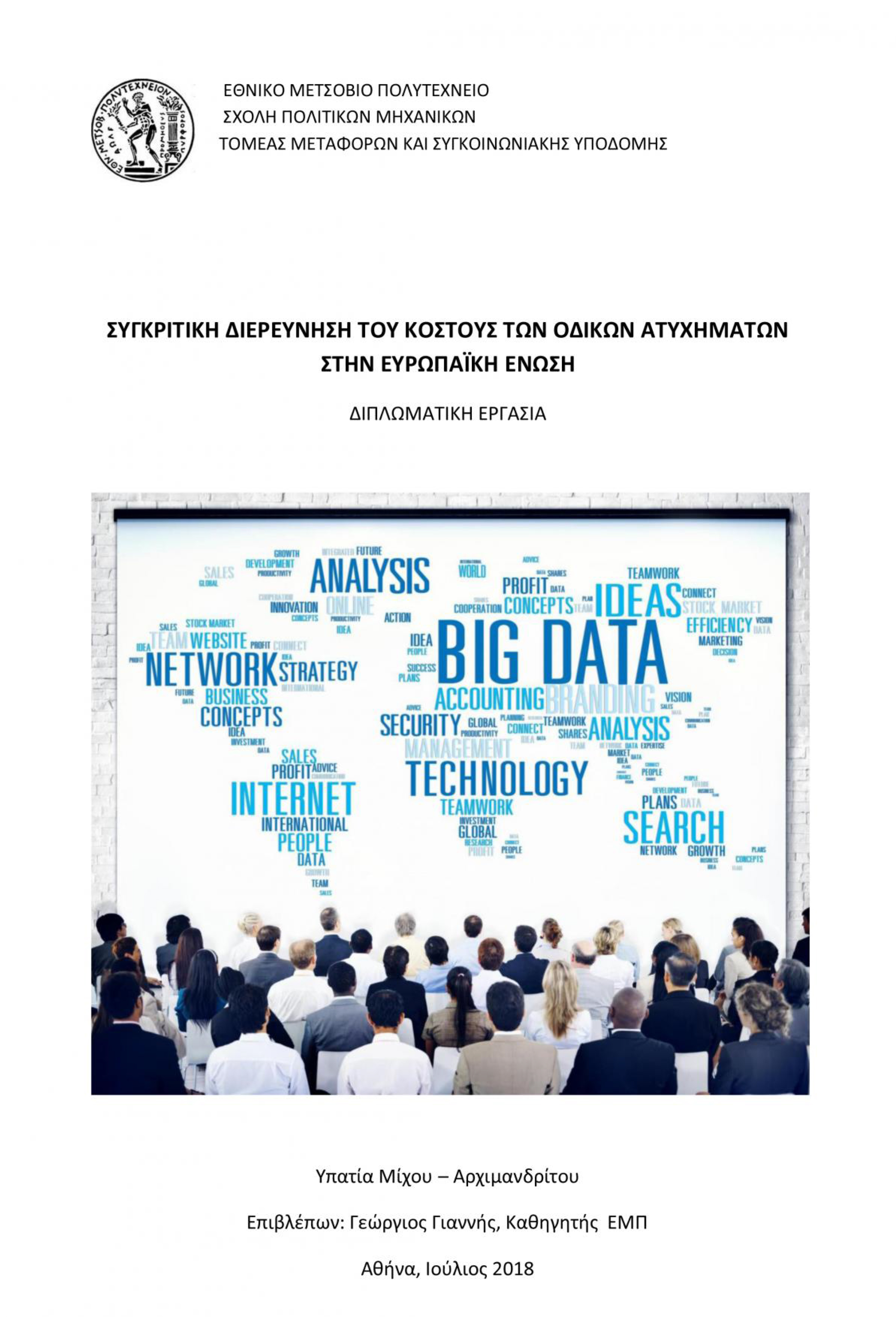 The objective of this Diploma Thesis is the comparative investigation of road accidents cost in the European Union and its correlation with social, economic and transport indicators. For this analysis, data from various international sources were exploited and a common database was developed, containing data about the rate of passenger cars use, GDP per capita, population, road accidents fatalities, suicides, number of passenger cars, Misery Index and other for the year 2015.  With the use of two-step cluster analysis, the countries were classified in three groups (economically strong, economically weak, large population). Multiple Linear Regression Models were developed and applied for all European countries tested and also for the three groups. The results led to a conclusion that an increase of the rate of passenger cars use leads to a decrease of the accident cost, while an increase of Misery Index leads to an increase of the accident cost. Furthermore, in economically strong countries higher accident cost is observed in comparison to the other two groups.