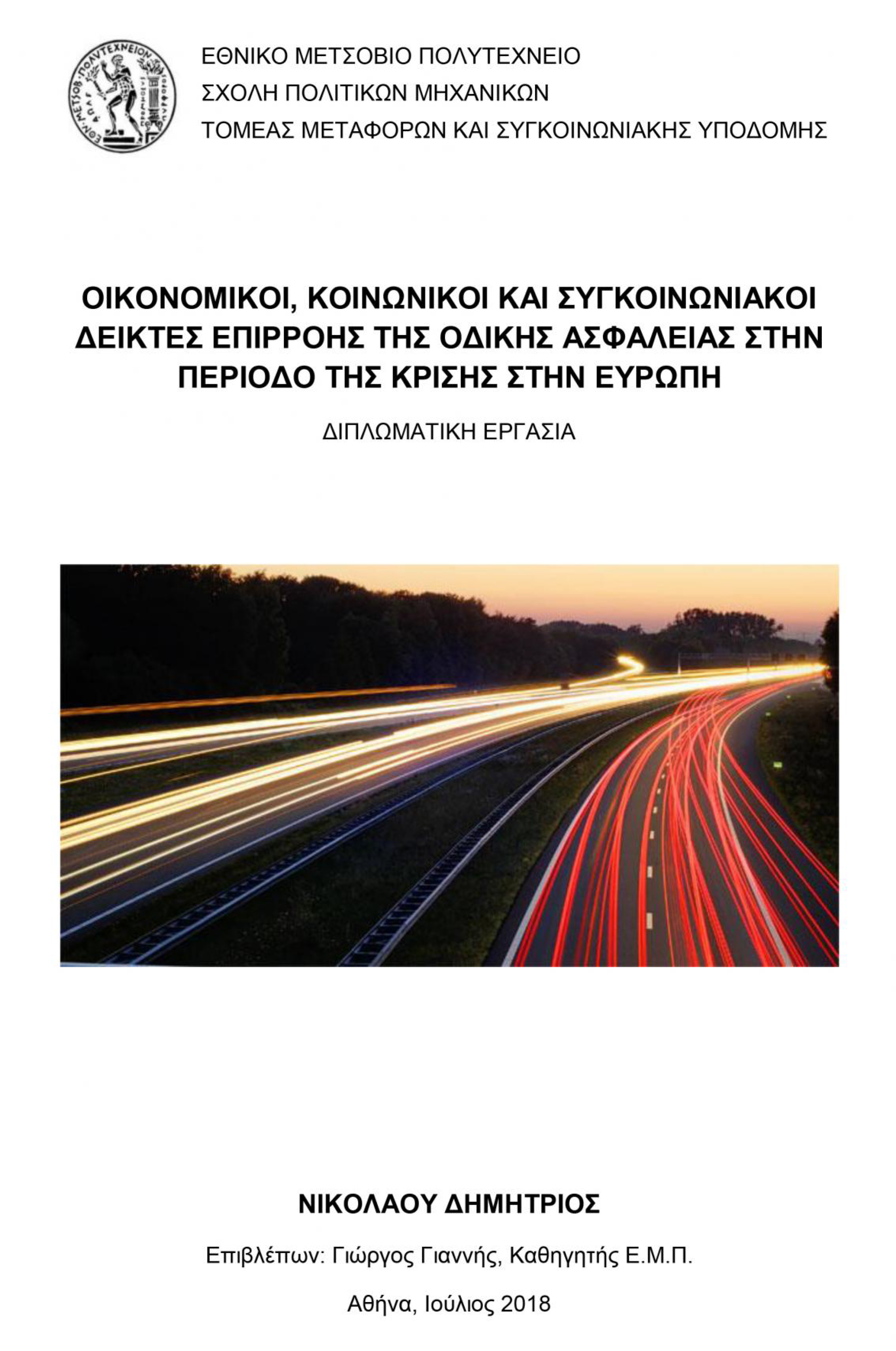 The objective of this Diploma Thesis is to investigate the impact of economic, social and transport indicators on road safety during the crisis period in Europe. For this analysis a database containing Human Development Index (HDI), suicides, passenger-kilometers and road fatalities for European states for 2006-2015 was developed. Linear Mixed Models were developed and applied for all European states tested and also for the different group of states that were selected (low economic performance, largest countries, high economic performance). The results led to the conclusion that Human Development Index has the most important impact and its increase leads to road fatalities decrease. Moreover, the evolution of the economy affects the development of road accidents more than social and transport indicators. After the economic crisis, the impact of the economy is even higher. Concerning passenger-kilometers there is an increase in the relative impact on the number of road fatalities after the economic crisis.