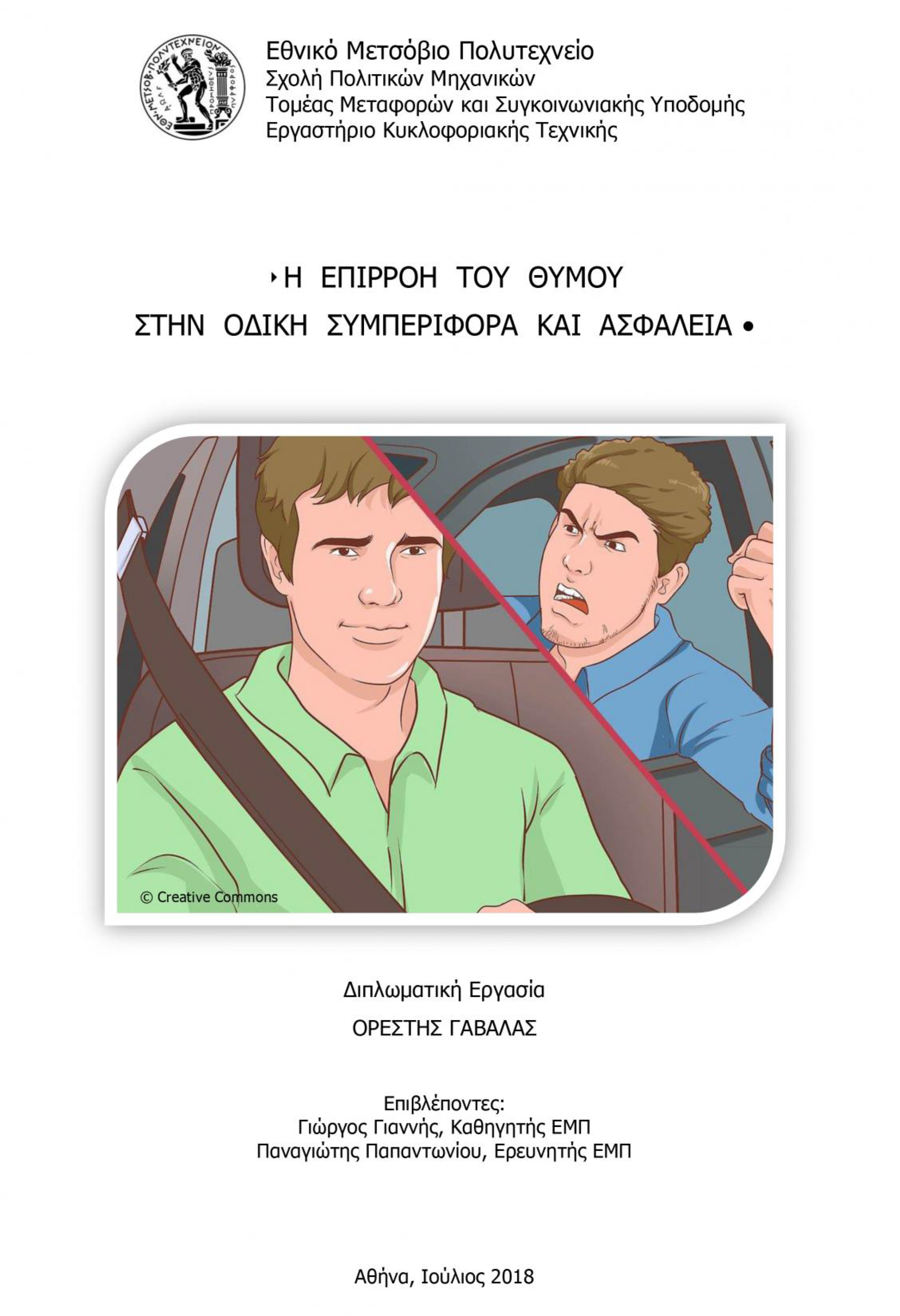 The aim of the Diploma Thesis is to investigate the effect of anger on driver behavior and safety. In order to achieve this goal, a driving simulator experiment was conducted and a questionnaire including the DAX scale was filled in a sample of 125 drivers. The collected data were grouped into anger components using the factor analysis method. Subsequently, both linear and logarithmic regression models were developed. Valuable conclusions were reached including men demonstrating higher levels of driving anger as well as that anger decreases with increasing age. The presence of anger is related to the increase in average speed, the reduction of headway (measured in time) and the increase in the probability of being involved in an accident and a road traffic infringement. On the other hand, forgiveness and noble-mindedness lead to fundamentally opposite effects.