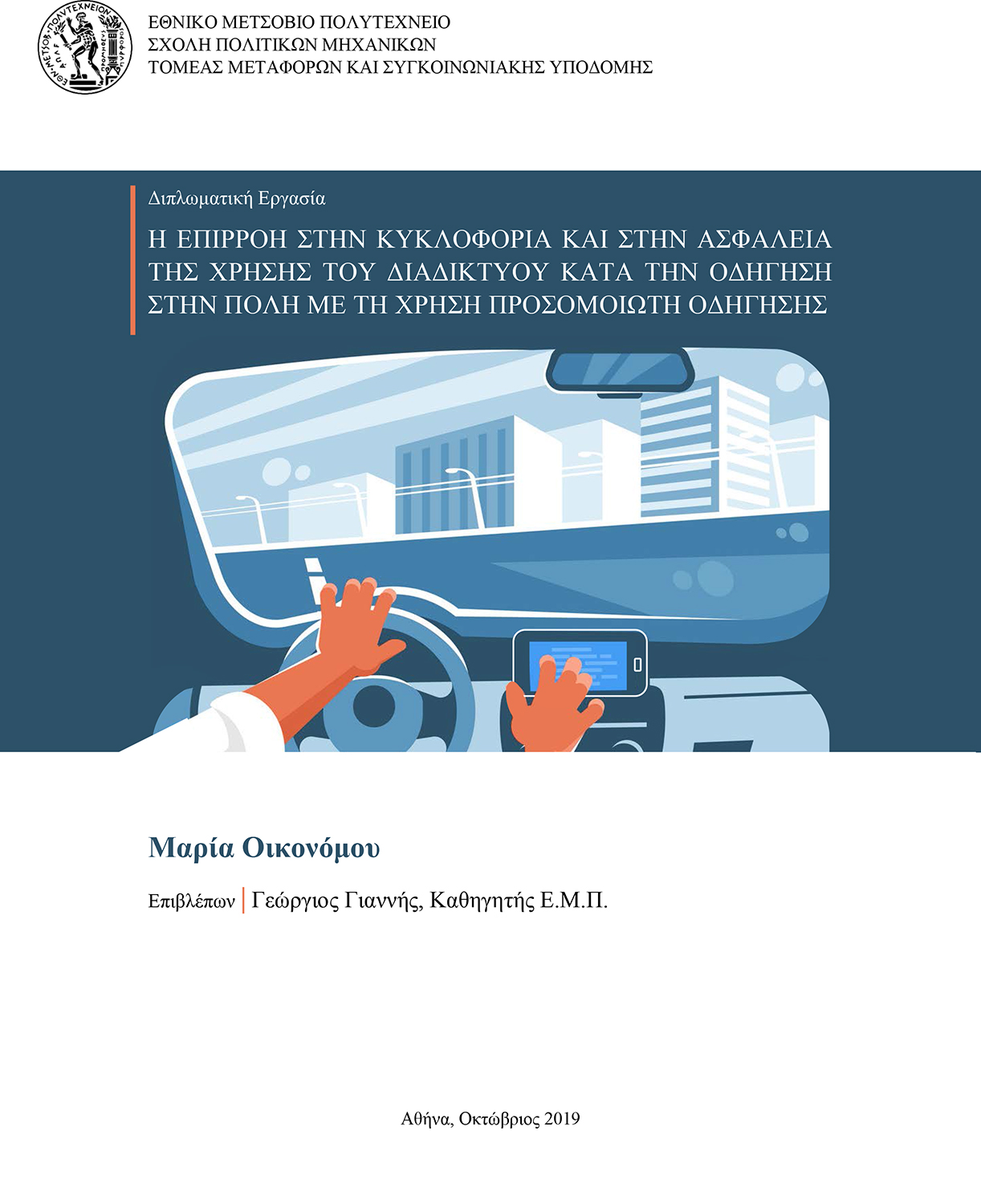 The scope of this diploma thesis is to investigate the impact of smartphone texting and web surfing on traffic and road safety when driving in an urban environment. For this purpose, driving profiles of 36 young people were collected through a driving simulator experiment while a survey was conducted to collect the characteristics and driving habits of the participants. The driving experiment included driving with no distraction and periods when the driver was distracted by using Facebook, Google Maps and Facebook Messenger applications. For the data analysis, linear and binomial logistic regression models were developed, as well as generalized linear models in order to compare the different impacts of the use of these applications. Mathematical models were developed for mean speed and its variation, mean headway distance and its variation, mean steering wheel variation and accident probability. The models that compare the effect of distraction types are: mean speed variation, mean headway distance variation and mean steering wheel variation. A key finding is that web surfing and texting while driving cause: increased accident probability and decreased mean speed and its variation, headway distance and its variation, as well as steering wheel variation. Finally, the use of the Google Maps application has the greatest impact on mean speed variation, while the use of Facebook has the greatest impact on mean headway distance variation and mean steering wheel variation.