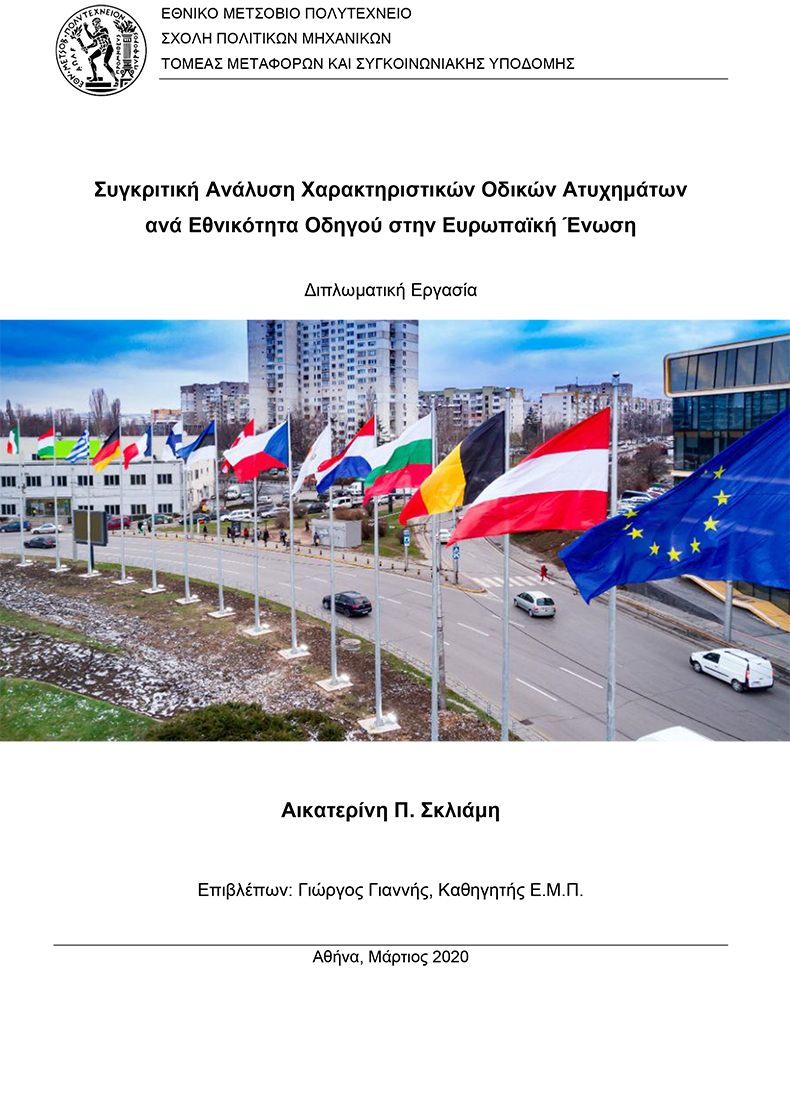 The aim of this Diploma Thesis is the comparative analysis of road accident factors for the various nationalities of killed driver in the European Union. To this end, data from the European CARE database were exploited, concerning key traffic accident factors in the European Union during the period 2008–2017. A database was initially developed containing data on the nationality, age and gender of drivers, accident area type, weather and lighting conditions at the time of the accident and vehicle type. Negative binomial regression models were developed both for all countries and for two distinct groups of Member-States (North- and South-European countries). The application of the models revealed that driver nationality had a statistically significant effect on the number of drivers killed in traffic accidents. The main factors differentiating traffic accidents of local and foreign drivers are driver gender and accident area type.