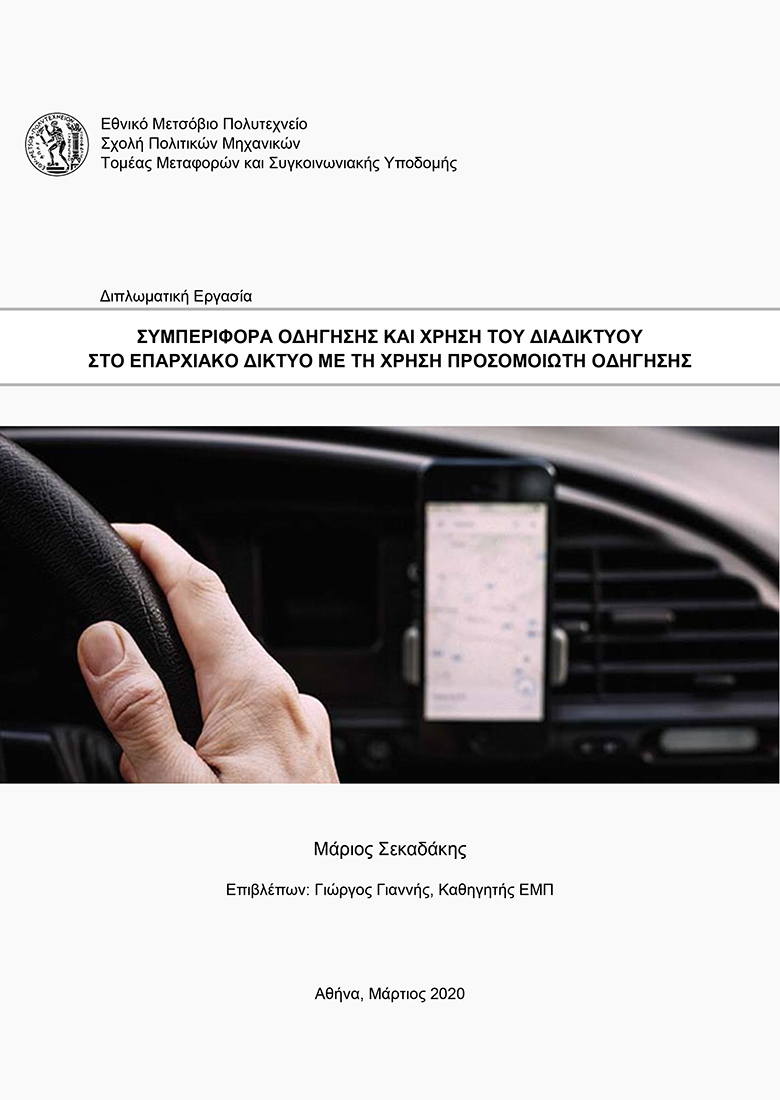 This Diploma Thesis investigates the impact of texting and web surfing through smartphone on the driving behaviour and safety of young drivers on rural roads. For this purpose, driving profiles were collected through a driving simulator experiment with 37 young drivers, while a survey was conducted to collect the characteristics and driving habits of the participants. The experiment included driving with and without distraction. In the first case, the drivers were distracted due to the use of one of the following internet applications: Facebook Messenger, Facebook and Google Maps. Initially, a binary logistic regression model was developed in order to identify the probability of an accident occurrence. Subsequently, linear regression models were developed for investigating the impact of smartphone use on mean speed variation, mean headway distance and its variation as well as mean lateral distance variation, while generalized linear models were developed in order to compare the different internet applications impact. It was found that driver distraction leads to statistically significant increase of accident probability, headway distance and lateral distance variation. On the other hand, it was observed that speed variation and headway distance variation were reduced. Furthermore, Google Maps caused the highest increase in headway distance, whereas Facebook caused a decrease. Finally, the highest decrease in speed variation and headway distance variation was caused by the use of the Facebook application.