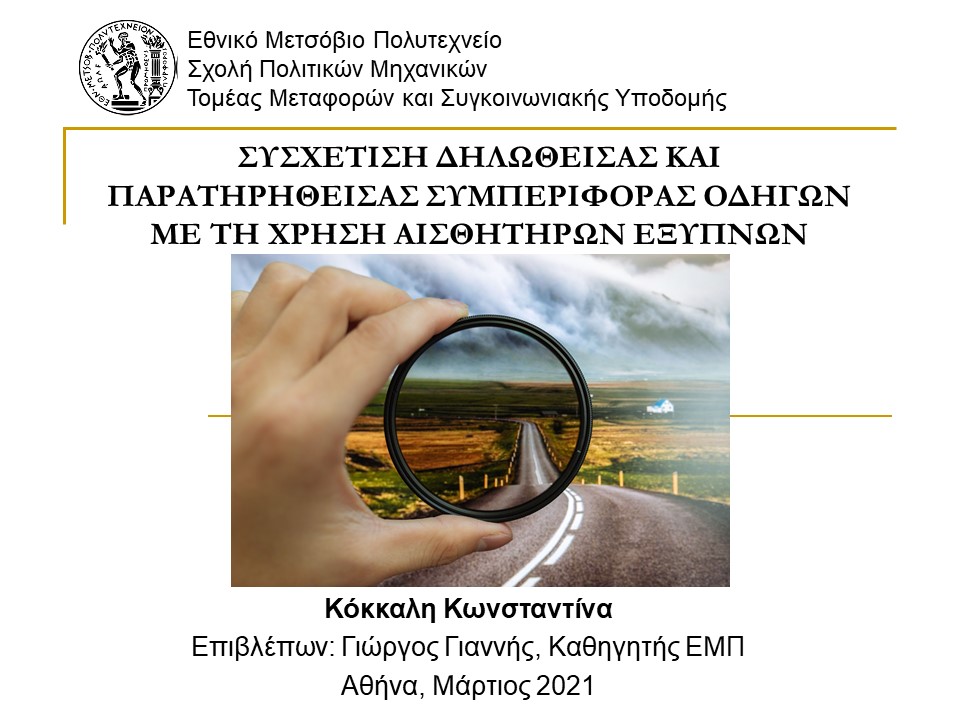 The aim of this study is the correlation of declared and revealed driver’s behaviour with the use of smartphone sensors at a naturalistic driving experiment. To this purpose, data were collected from an innovative application for smartphones concerning harsh acceleration and braking, average speed and mileage travelled. OSeven Telematics smartphone application was used to monitor naturalistic driving trips of 19 drivers, whereas drivers’ stated behaviour was investigated through a related questionnaire. Data analysis was carried out through two regression poisson statistical models: one model for harsh accelerations and one model for harsh breaks. Both models’ results indicate that driving experience, driver age, number of injury accidents in which the driver was involved, vehicle age, fines received by the driver during the last 3 years are all variables associated with increased harsh events. In most of the cases, a convergence between stated and revealed behaviour was observed.