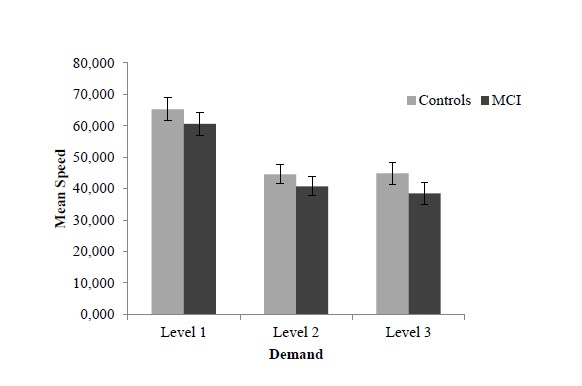 This study considered the extent to which differences between drivers with mild cognitive impairment and 4 controls on a sign recall task in a fixed-base driving simulator could better predict whether a driver will be 5 diagnosed with MCI, compared to self-reports of a decrease in driving proficiency or of avoidance of 6 driving, or age alone. The dependent measure in the simulator examined test conditions where working 7 memory was subject to interference due to varying levels of demand for operational and tactical level 8 driving tasks. Reliable between-groups differences in sign recall accuracy were demonstrated; sign recall 9 similarly declined under higher task demand level. However, neither recall scores, nor self-reported 10 frequency of avoiding driving, nor driver age predicted a clinical diagnosis of MCI; only self-reported 11 decline in global driving ability was significant in this regard. Practical implications of these findings are 12 discussed, while it is noted that this work must be viewed as exploratory due to its limited sample size.