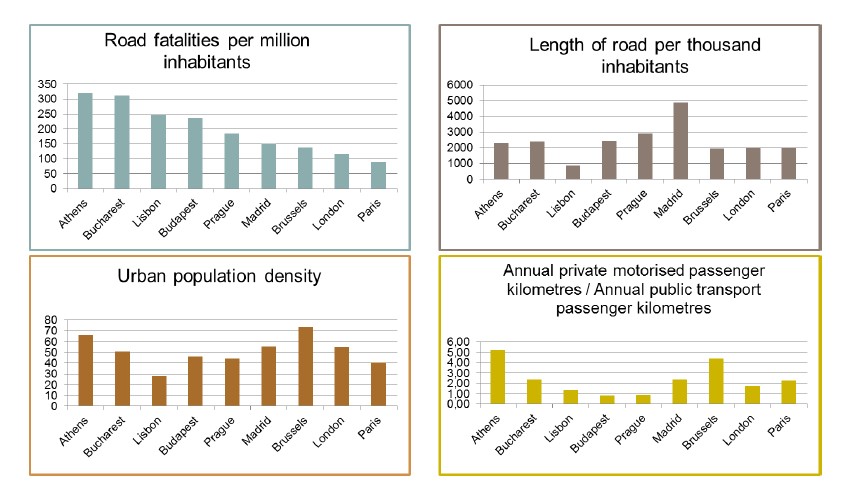 The objective of this research is the comparative road safety analysis in selected European capital cities, aiming to a better understanding of road accident characteristics and causes in European megacities. Despite the continuous urbanization and the shift of population to large urban areas, this research question has received little attention in the existing literature. A database was developed for this analysis containing data regarding the number and the characteristics of road fatalities, the population and other demographic, socioeconomic and transport indicators of nine selected European capital cities for the period 2007 – 2011. Multilevel Poisson statistical models were developed, allowing for a more accurate representation of the hierarchical structure of road safety data, and they led to the identification of several factors affecting the road safety level in the selected European capital cities, revealing some additional aspects of road safety performance in these cities. Factors found with a statistically significant effect concerned city characteristics (road network length, population density, public transport use) and accident characteristics (road user and vehicle type). The comparison between the European capital cities showed that the larger the city’s road network is, the higher the level of road safety is in this city