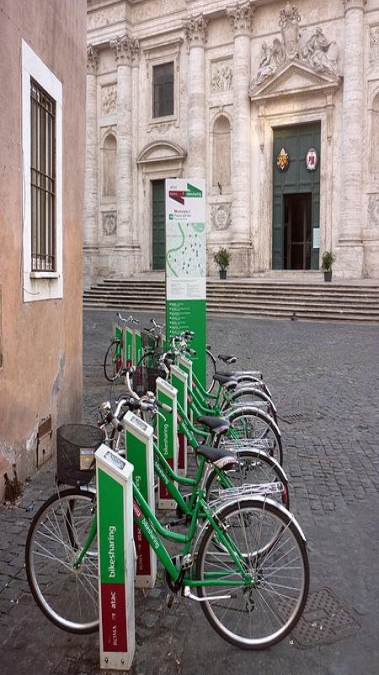 As nowadays sustainable urban mobility is becoming more and more critical for a balanced combination of economic development and living standards, the new policy of Athens includes the promotion of cycling and the implementation of a bike-share program, as increasing cycling might lead to several advantages such as reducing congestion, improving air quality, providing complementary services to public transport, improving city’s image and branding as well and offering residents an active mobility option. The objective of the present research is the analysis of the parameters influencing the use of a bicycle sharing system in Athens, a city without a strong culture of cycling. Among other things, the influence of the existence of bicycle lines was studied, in order to assume whether safety plays an important role in user’s decision or not. For this purpose, a specially designed on-line survey to a sufficient sample of commuters and residents of the Municipality of Athens was carried out in order to collect their characteristics, attitudes and behaviour as well as their preferences through the stated preference methodology. A logistic regression model was developed describing travellers’ choices based on the characteristics of the travellers and their journeys. Both multinomial and mixed logit models were developed. Results indicate that the probability for a traveller using bicycle instead of passenger car or public transport depends primarily on travel time, cost and comfort level, along with the age and the gender of the traveller. More specifically, travel time was found to be the most important parameter for the participants in order to choose using the bicycle instead of the passenger car, while the absence of specific bicycle lanes constitutes the basic deterrence reason for the use of bicycles.