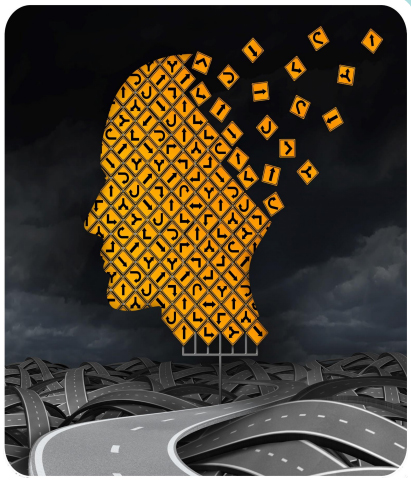 Driving requires possessing cognitive, motor and visual skills and drivers need to have adequate motor strength, coordination and speed. More importantly, cognitive skills including concentration, attention, adequate visual perceptual skills, insight and memory must be present. The normal ageing process leads to declines in these motor and cognitive skills, and when combined with a brain pathology, it may significantly impair the person’s driving performance, especially when unexpected incidents occur. The objective of this paper is to identify the critical driving performance measures in which drivers with cognitive impairments significantly deviate from the general population, through a driving simulator experiment. The brain pathologies considered concern Alzheimer’s disease (AD), Parkinson’s disease (PD) and Mild Cognitive Impairment (MCI). More analytically, a full neurological and neuropsychological assessment was carried out at the “ATTIKON” General Hospital in Athens, by neurologists and neuropsychologists of the UoA. Then, participants drove at the driving simulator of the NTUA. The driving tasks included driving in urban and rural road environment, while various unexpected incidents were scheduled to occur during the drives. The driving performance of 109 drivers with cognitive impairments (MCI, AD or PD) was compared to the driving performance of 31 healthy drivers of similar demographics. For each driver, the following driving performance measures were calculated and examined: speed, speed variability, lateral position, lateral position variability, headway, headway variability, and reaction time. All these parameters were compared to the range of “typical” values of the respective distribution of healthy drivers, and significant deviations from the “typical” distribution were identified. Results indicated that group of patients had various difficulties in driving performance compared with the control drivers. More specifically, more than 50% of the patients had extremely low mean speeds, and they often had lower speed variability (in 40% of the cases) than controls. Regarding the lateral position, the patients had difficulty in positioning the vehicle in the lane, and more than 1 out of 5 patients had very large variability in their lateral position. Also, 44% of the drivers with a brain pathology kept very large mean headways from the vehicle ahead. Finally, 50% of patients had very slow reaction times in unexpected incidents; in rural area 70% of the patients had reaction times larger than 2 seconds.