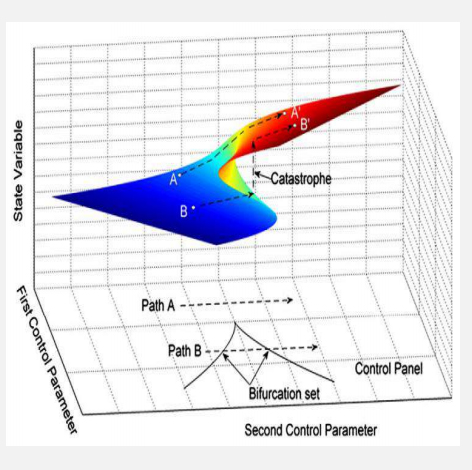 The investigation of crash severity with freeway traffic and weather data has recently received significant attention by researchers. This paper extends previous research by proposing nonlinear models for modeling crash injury severity enhanced with traffic and weather data collected from urban arterials in Athens, Greece. Cusp catastrophe models are applied and compared with traditional statistical models. The results of crash severity models support the potential applicability of the cusp catastrophe theory to road safety, at least when crash severity is expressed as the number of severely and fatally injured by total number of persons involved in a crash. Variations in speed, average flow upstream of the location of interest, crash type and wind speed, were found to have a potential effect on the system dynamics. However, findings do not always confirm the strong presence of nonlinearity. When crash severity is expressed as the number of injured persons by the total number of vehicles involved in a crash, linear models could also be used to describe the underlying phenomenon.