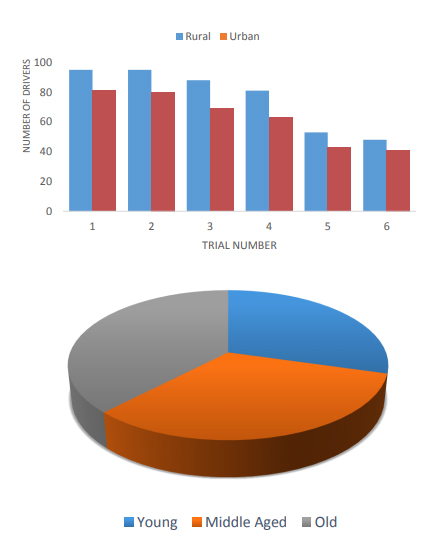 The objective of this research is the analysis of the lateral position of older drivers, while talking on the cell phone and conversing with another passenger. To achieve this objective, a large driving simulator experiment was carried out, in which 100 participants from all age groups were asked to drive under different types of distraction (no distraction, conversation with passenger, cell phone use) in rural/urban road environment, in low/high traffic. In the next step, an appropriate modelling methodology has been developed, including first descriptive analysis in order to explore the large database. Then generalized linear models as well as generalized linear mixed models regarding lateral position were implemented in order to estimate the effect of the examined distraction sources as well as of driver and road characteristics directly on the lateral control and indirectly on driving behaviour and road safety. Results indicate that both conversing with a passenger and talking on the cell phone, while driving, lead to increased lateral position for all drivers especially in urban areas. Female drivers, in rural areas with high traffic, were found to have the worst lateral position, while being distracted (either conversing with a passenger or talking on the cell phone). Furthermore, regarding age groups, older drivers talking on the cell phone achieved the highest lateral variability.