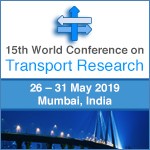 The objective of this research is the examination of the correlation between stated and revealed driving behaviour using vehicle on-board diagnostics (OBD) data. To this end, a large data set derived from a driving behaviour experiment is exploited, during which, the driving behaviour of 17 drivers is monitored for a period of three months. These data concerned the number of harsh acceleration and braking events occurred, the average driving speed and the mileage travelled and were recorded at a 1Hz frequency. Drivers’ stated behaviour is investigated using the results of a survey administered to all users participated in the experiment. A linear regression model is developed to perform data analysis and study the factors influencing a number of different driving behaviour indicators that were recorded in real time. The results demonstrated a strong correlation between the number of harsh braking and acceleration events on one hand and the number of accidents, the annual income and the declared frequency of harsh braking on the other. This research contributes towards the improvement of driving behaviour by performing behavioral analysis of driving characteristics and resulting to models that could potentially serve as a platform that provides feedback to drivers on how to improve their behaviour and become less risky.