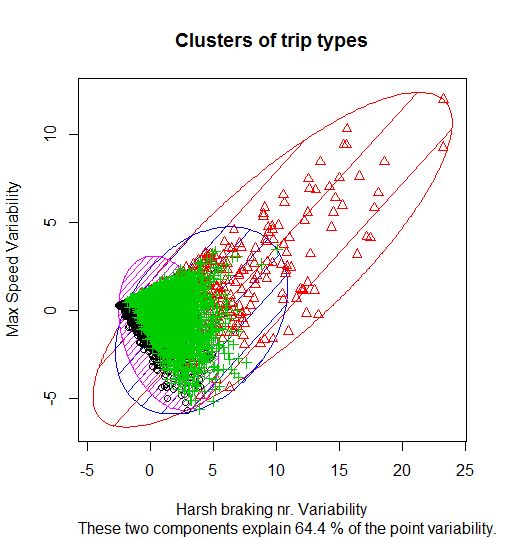 Driver monitoring involves the observation and recording of crucial driving tasks, such as speeding or distracted driver behavior. The BeSmart project aims to develop an innovative driver monitoring smartphone application and its calibration to real-world performance demands. A 200-driver naturalistic driving experiment spanning 18 months was initiated during May 2019, with different driver types participating. Several parameters are recorded from driver trips, such as speed and position. Processing of the collected big data leads to the pinpointing of less safe driver behavior, such as harsh events, speeding and distraction via smartphone interaction. An initial analysis of car driver trips during the familiarization phase of BeSmart was conducted. 11211 trips from 132 drivers were examined and clustered in three types: Aggressive, Speeding and Average. Generalized Linear Mixed-Effects Models were fitted to the trips of 76 car drivers who made frequent trips in order to model the frequencies of harsh events.