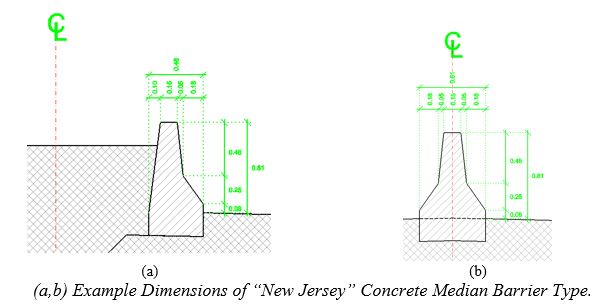 The paper investigates SSD adequacy on the passing lane of high-speed divided alignments for the most critical case where left-turned horizontal curves are overlaid with crest vertical curvature rates. The process addresses potential SSD shortage zones under the German RAA, 2008 road design guidelines for the highest speed value (130km/h) by examining 24 cases consisting of 6 horizontal alignments, each one combined with 4 different vertical alignments. The analysis, through the definition of the length and the maximum vertical distance of the driver’s sightline blocked by the median barrier, along with revised values of object heights, revealed extensive areas with SSD inadequacy. Aiming to preserve design consistency as well as driver expectations, the authors quantified the safety impact in such areas based on parameters associated to SSD. Moreover, taking under consideration improved braking performance of modern vehicles, realistic and therefore acceptable arrangements of such compound alignments are delivered for practitioners.