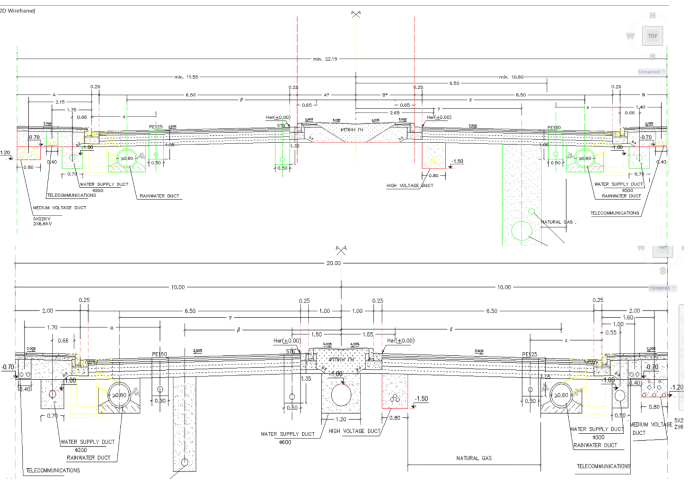 The proper and effective design of the urban road network encourages the safe and efficient coexistence of different transportation modes and users including private vehicles, taxis, public transportation passengers and vulnerable users (pedestrians, cyclists, etc), thus promoting multimodality. The complexity of the road network design depends on various factors such as land uses, available space, local characteristics, traffic volumes, inclinations, etc. The paper conceptualizes a large transportation project in the city of Athens, the construction of the new intercity bus terminal, bringing about the adaptation and upgrade of the existing urban road network of the near and greater area around the station. Designing of new local streets, and upgrade of urban arterials by addition of lanes and alignment improvements were urgent in order to serve the new demand emerging from the operation of the new terminal and the safe and efficient access to the terminal by various transportation modes (intercity buses, trucks, cars, taxis). Additionally, the road network inside the terminal area was designed so that vehicles and pedestrians can move safely in the new terminal’s platforms, parking lots and commercial facilities. Finally, an underpass connecting the terminal with the metro railway station located opposite the bus terminal was incorporated in the design, thus serving a large part of the additional traffic demand generated by the new bus terminal by efficient exploitation of existing infrastructure without interaction with the local urban traffic around the terminal.