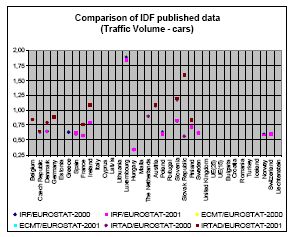 In 2004 there were over 43,000 people who were killed on the roads of the 25 member states of the European Union (EU), additionally around 3.3 million people were injured. The costs to society exceeded €180 billion which is around twice the annual budget of the European Commission and 2% of EU GDP. In 2001 the European Commission adopted a target of reducing fatalities by 50% within a decade and identified several areas where it could make a direct contribution within the constraints of subsidiarity. The target was reaffirmed in 2003 in the Road Safety Action Programme that provided further detail about actions it planned to introduce. A key element in the Programme concerned the development of a new European Road Safety Observatory to gather data and knowledge to inform future safety policies. The development of the Observatory was to be undertaken by the Sixth Framework funded project “SafetyNet”. This paper describes the structure of the Observatory and the progress in developing new EU-wide accident data information within SafetyNet.