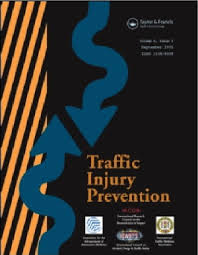 Objective: The aim of this studywas to explore whether varying levels of operational and tactical driving task demand differentially affect drivers with Parkinson’s disease (PD) and control drivers in their sign recall. Methods: Study participants aged between 50 and 70 years included a group of drivers with PD (n = 10) and a group ofage- and sex-matched control drivers(n = 10). Their performance in a sign recall task was measured using a driving simulator. Results: Drivers of the control group performed better than drivers with PD in a sign recall task, but this trend was not statistically significant (p = 0.43).Also, regardless of group membership, subjects’ performance differed according to varying levels of task demand. Performance in the sign recall task was more likely to drop with increasing task demand (p = 0.03).This difference was significant when the variation in task demand was associated with a cognitive task, i.e., when drivers were required to apply the instructions from working memory. Conclusions: Although the conclusions drawn from this study are tentative, the evidence presented here is encouraging with regard to the use of a driving simulator to examine isolated cognitive functions underlying driving performance in PD. With an understanding of its limitations, such driving simulation in combination with functional assessment batteries measuring physical, visual and cognitive abilities could comprise one component of a multi-tiered system to evaluate medical fitness to drive.