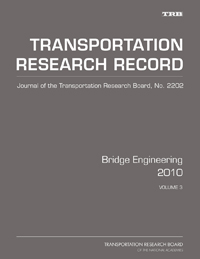 This study analyzed road, traffic, and human factors of pedestrian crossing behavior through the development of integrated choice and latent variables models. The analysis used recent research as a starting point, in which a two-stage approach was successfully tested, including a separate estimation of human factors and choice models. Data from a dedicated field survey were used: pedestrian field observations of road crossing behavior in different road and traffic scenarios were combined with a questionnaire on pedestrian attitudes, perceptions, motivations, and declared behaviors. The integrated choice and latent variables models were developed for four road types: major urban arterials, main roads, secondary roads, and residential roads. Results suggest that the effect of traffic conditions on pedestrian crossing choices was more important on main and secondary urban roads, whereas on major urban arterials and on residential roads it was nonsignificant. In regard to the effects of human factors, a risk latent variable was found to enhance the explanatory power of most of the models. This variable was estimated on the basis of different indicators in each case, reflecting a clear risk-taking tendency on major and main roads and an optimization tendency on minor roads. Overall, it is indicated that the integration of human factors in pedestrian crossing models provides meaningful and insightful results, and they may be advantageous compared with the two-stage approach.