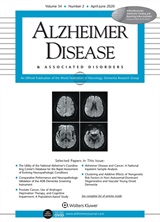 According to latest research, a percentage of cognitively impaired drivers fail to recognize their areas of weakness and overestimate their driving abilities.

Twenty-seven individuals with amnestic mild cognitive impairment (MCI) and 26 healthy elderly drivers participated in a driving simulator study. After the driving assessment, participants were asked to self-evaluate their performance in comparison with what they considered as average for people of similar age and educational level.

According to the applied mixed analysis of variance model, the MCI patients presented increased difficulties in estimating their driving performance to a greater extent in the rural environment in comparison with the urban condition.

Our findings suggest that the ability of MCI patients to evaluate their driving performance accurately seems to be enhanced or compromised, depending on the number of cues available in their environment, suggesting that providing feedback may improve their metacognitive abilities.