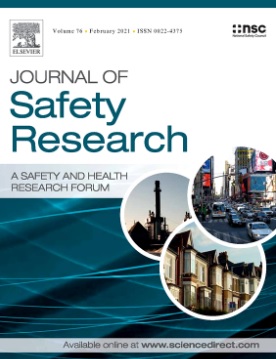 The number of road fatalities have been falling throughout the European Union (EU) over the past 20 years and most Member States have achieved an overall reduction. Research has mainly focused on protecting car occupants, with car occupant fatalities reducing significantly. However, recently there has been a plateauing in fatalities amongst ‘Vulnerable Road Users’ (VRUs), and in 2016 accidents involving VRUs accounted for nearly half of all EU road deaths. Method: The SaferWheels study collected in-depth data on 500 accidents involving Powered Two-Wheelers (PTWs) and bicycles across six European countries. A standard in-depth accident investigation methodology was used by each team. The Driver Reliability and Error Analysis Method (DREAM) was used to systematically classify accident causation factors. Results: The most common causal factors related to errors in observation by the PTW/bicycle rider or the driver of the other vehicle, typically called ‘looked but failed to see’ accidents. Common scenarios involved the other vehicle turning or crossing in front of the PTW/bicycle. A quarter of serious or fatal injuries to PTW riders occurred in accidents where the rider lost control with no other vehicle involvement. Conclusions: Highly detailed data have been collected for 500 accidents involving PTWs or bicycles in the EU. These data can be further analyzed by researchers on a case-study basis to gain detailed insights on such accidents. Preliminary analysis suggests that ‘looked but failed to see’ remains a common cause, and in many cases the actions of the other vehicle were the critical factor, though PTW rider speed or inexperience played a role in some cases. Practical Applications: The collected data can be analyzed to better understand the characteristics and causes of accidents involving PTWs and bicycles in the EU. The results can be used to develop policies aimed at reducing road deaths and injuries to VRUs.