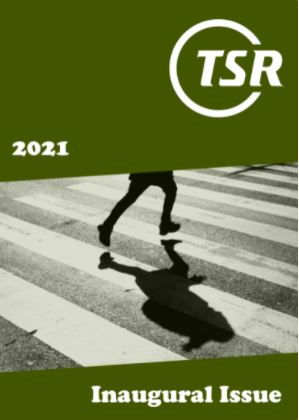 Driving while fatigued is a considerably understudied risk factor contributing to car crashes every year. The first step in mitigating the respective crash risks is to attempt to infer fatigued driving from other parameters, in order to gauge its extend in road networks. The aim of this study is to investigate the extent to which declared fatigued driving behavior can be predicted based on overall driver opinions and perceptions on that issue. For that purpose, a broad cross-country questionnaire from the ESRA2 survey was used. The questionnaire is related to self-declared beliefs, perception, and attitudes towards a wide range of traffic safety topics. Initially, a binary logistic regression model was trained to provide causal insights on which variables affect the likelihood that a driver engaged in driving while fatigued. Drivers reporting driving under the influence of drugs, fatigue, or alcohol, as well as speeding, safety, and texting while driving or drivers who were more acceptable of fatigued driving were more likely to have recently driven while fatigued. In contrast, acceptability of other hazardous behaviors, namely mobile phone use and drunk driving, was negatively correlated with fatigued driving behavior, as were more responsible driver perspectives overall. To provide a more accurate detection mechanism, which would also incorporate non-linear effects, a Deep Neural Network (DNN) was subsequently trained on the data, slightly outperforming the binary logistic model. From the results of both models, it was concluded that declared fatigued driving behavior can be predicted from questionnaire data, providing new insights to fatigue detection.