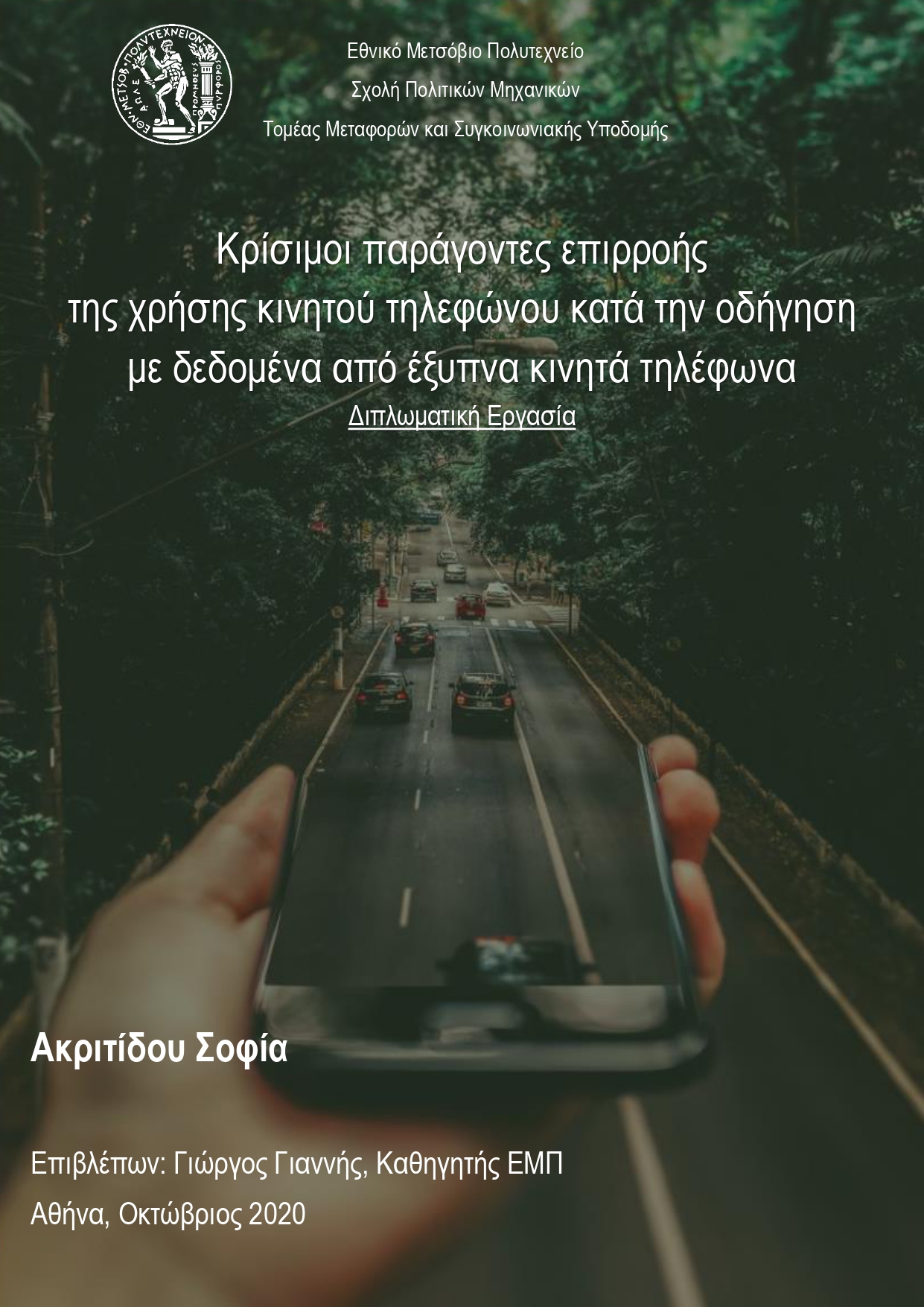 The aim of this Diploma Thesis is to examine and model the critical factors of mobile phone use on driver behavior through the exploitation of data from smartphone sensors. To achieve this objective, data collected from more than 200 drivers who participated at a naturalistic driving experiment for six months are analyzed, combined with their answers to a questionnaire. Through Poisson regression models it was examined whether driving characteristics recorded by smartphone sensors affect and can therefore predict the percentage of mobile use while driving. Four statistical regression models forecasting the percentage of mobile using while driving were developed: one general model and three models for each road type (urban, rural, highway). The results revealed that the four parameters affecting the use of mobile phone while driving are four, the percentage of driving duration with speed above the speed limit, distance driving, average deceleration, and average speed. For the general, urban and rural models, the average deceleration had the most significant impact, whereas for the highway model, distance was the most significant parameter.