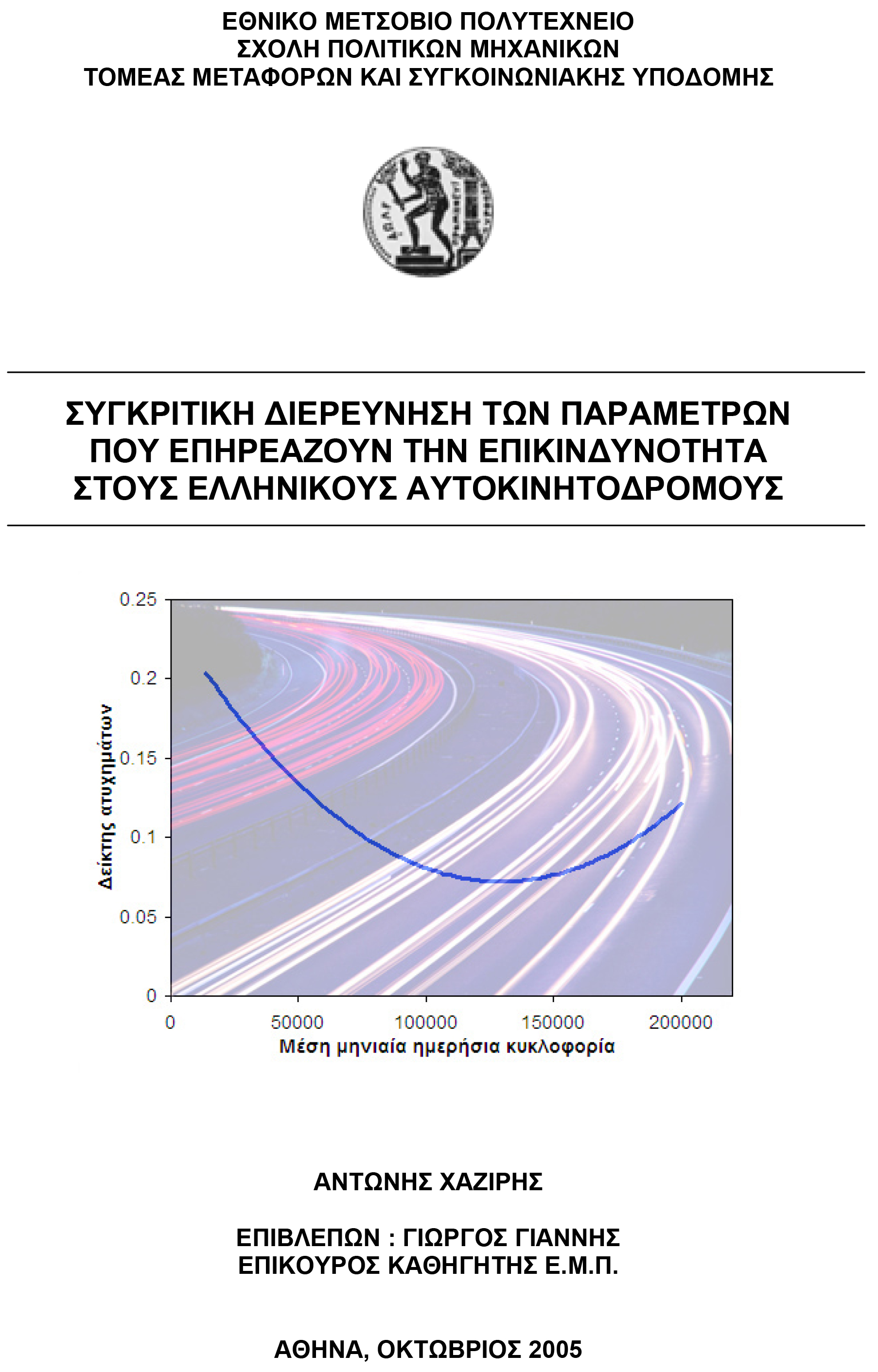 The impact of selected parameters on the road safety level on Greek motorways is investigated in the present Diploma Thesis, while at the same time comparisons are carried out concerning the size of this impact in each road segment examined. Data concerning the number and the characteristics of participants in traffic accidents were used, as well as raw accident data, which became available from NTUA’s Traffic Accident Database. Additionally, operation data were used for the motorways examined, which were recovered by the corresponding motorway operation authorities (Attikes Diadromes, Egnatia Odos, P.A.TH.E.). In order to carry out the analysis Poisson and negative binomial regression methods were used, according to the distribution which the examined data were following in each case. The results of this research consisted of four mathematic regression models and two polynomial relations of cross-correlation of the accident indicator and the traffic volume, concerning the motorway of Attiki Odos. The conclusions of this work, concern the identification of the most important parameters that influence the frequency of road accidents and the comparative impact among the motorways examined.