Charalambos Bairamis, Vassilis Sklias, “Investigation of the impact of the conversation with passenger, eating and smoking on the driver behavior and the probability of being involved in an accident in a mountain road by the use of a driving simulator”, NTUA, School of Civil Engineering, Athens, October 2010. 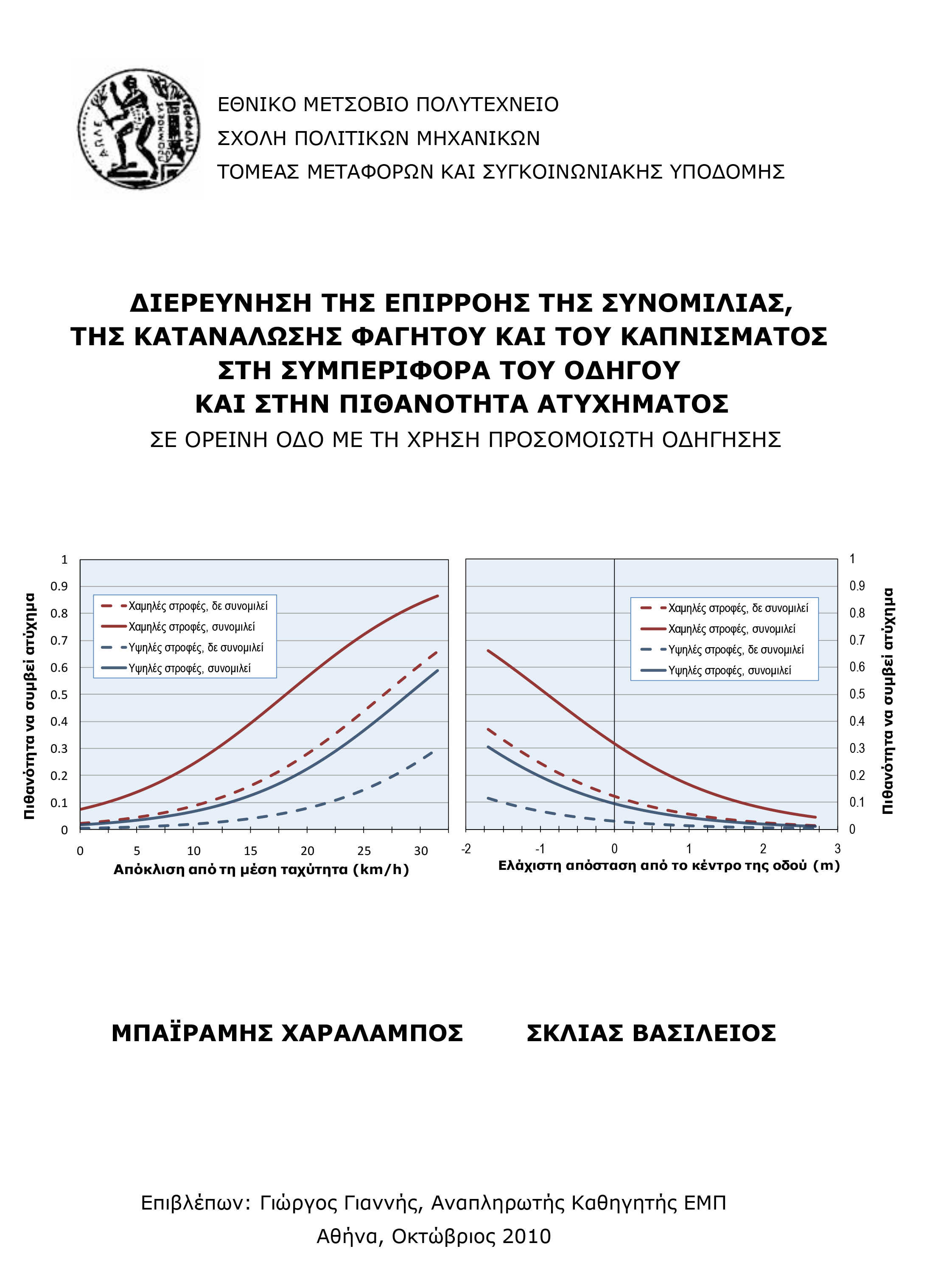 The objective of this thesis is the investigation of the impact of the conversation with co-driver, of eating and of smoking on the driver behavior and the probability of being involved in an accident. To achieve this goal, adequate evidence was gathered through an experimental procedure with the use of a driving simulator where all participants drove in a mountain road. From the lognormal regression models it appeared that conversation, eating and smoking lead to a statistically significant decrease in speed, while the difficult conversation leads also to an increase in reaction time and decrease in the distance of the vehicle from the right borderline. From the binary logistic model it appeared that the difficult conversation leads to an increased likelihood of an incident. It appears that the lower speed and the deviation to the right of the drivers who have a difficult conversation while driving cannot offset the much greater risk of an accident due to increased reaction time.