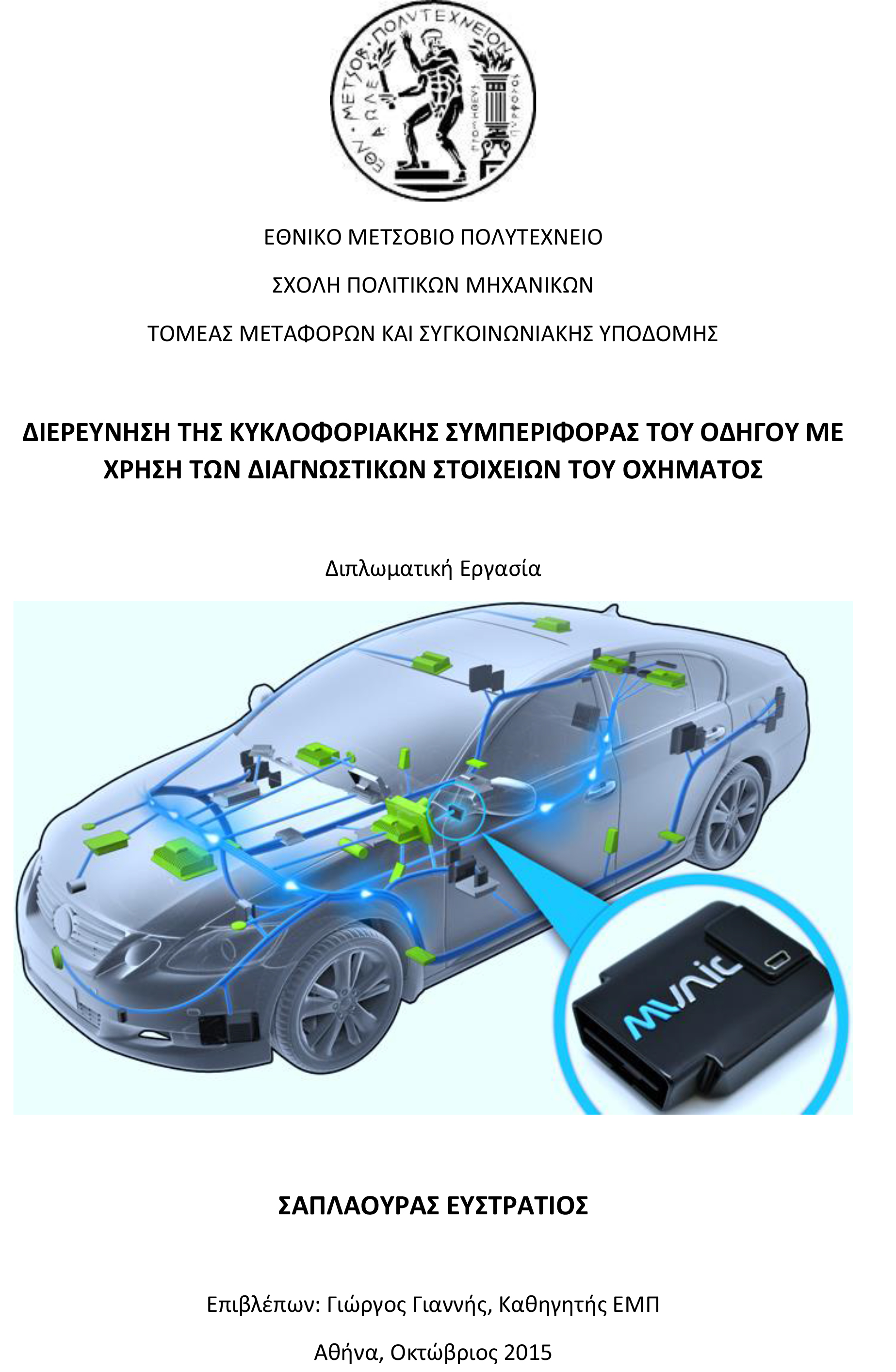 The aim of this diploma thesis is to investigate the driver’s behavior through the onboarddiagnostics of the vehicle. A large data set was exploited, which were recordedper second and concerned the exact position of the vehicle, its speed, the spots wherethe driver was performing a sudden change of speed or a sudden maneuver, the fuelconsumption, etc. Mathematical statistical models were developed using linear andbinary logistic regression. The results demonstrated a strong correlation betweenover-speeding and driver harsh behavior, although the two dimensions aredisproportionate, as well as that higher driving speeds during risky hours (00:00-04:00).