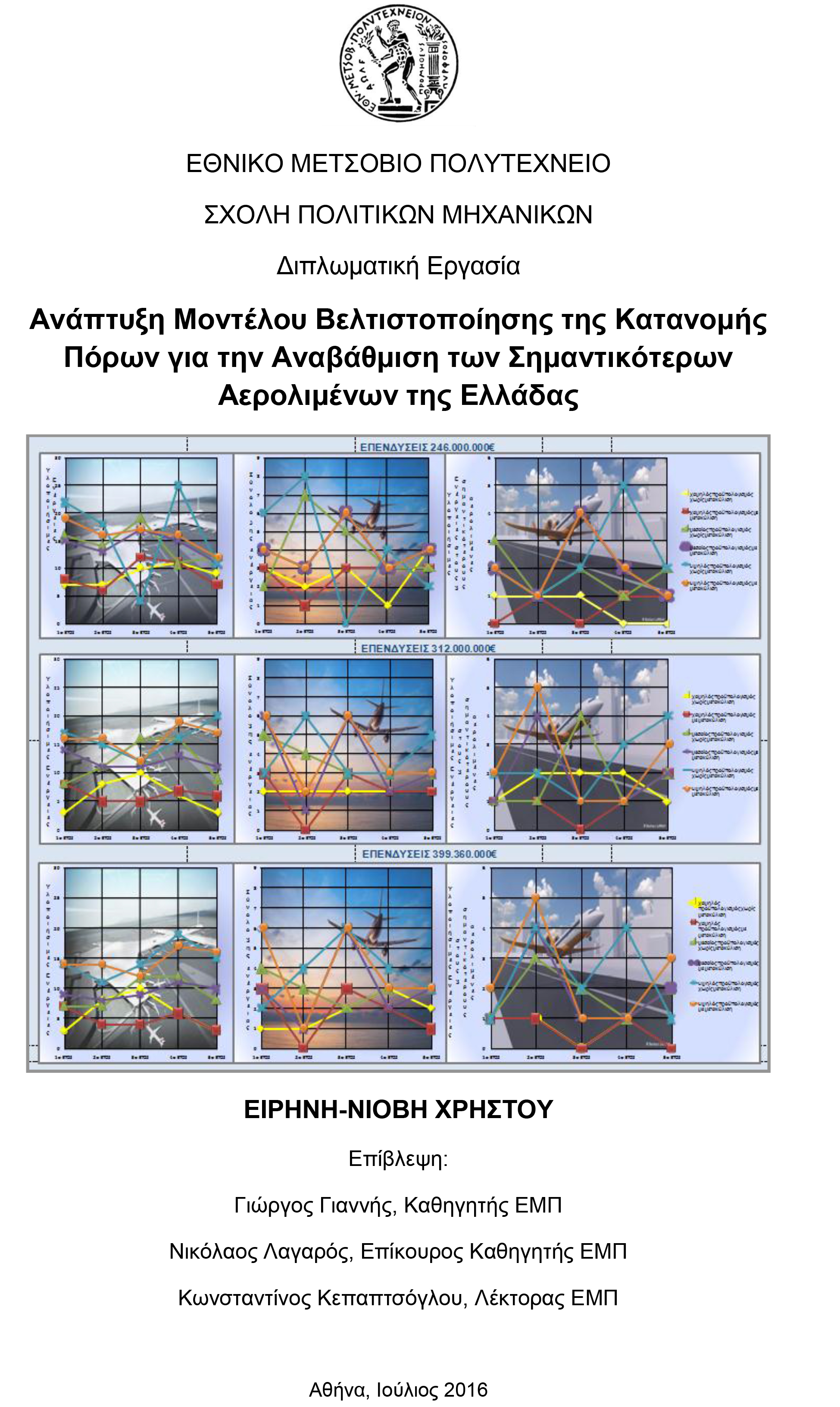 The objective of the present thesis is to achieve the optimal allocation of financial resources in the country of Greece with a view to the upgrading of the most important Greek airports infrastructure. For this purpose, a mathematical optimization model has been developed and applied based on the principles of linear integer programming. This model is expressed through an objective function which includes two distinct parameters, the first depicting the importance factor of each airport and the second reflecting the efficiency coefficient of each infrastructure project, chosen to be implemented for upgrade. Throughout the process of optimization, the objective function needs to be maximized with the initial available budget been the most significant constraint. Eighty-four (84) different optimization scenarios have been considered and solved. The results of their solutions indicate that the increase of the budget leads to the increase of the number of airports in which the upgrading steps are activated, but not in a proportionate manner. In addition, the series of actions priority with the highest performance coefficients has been defined at airports with the highest importance coefficients. However, it was derived that the optimal allocation of resources is not linearly related to the budget size, the project’s cost or the investment’s escalation. Finally, it was found that the temporal shift of the budget contributes more to the exploitation of the available fund.