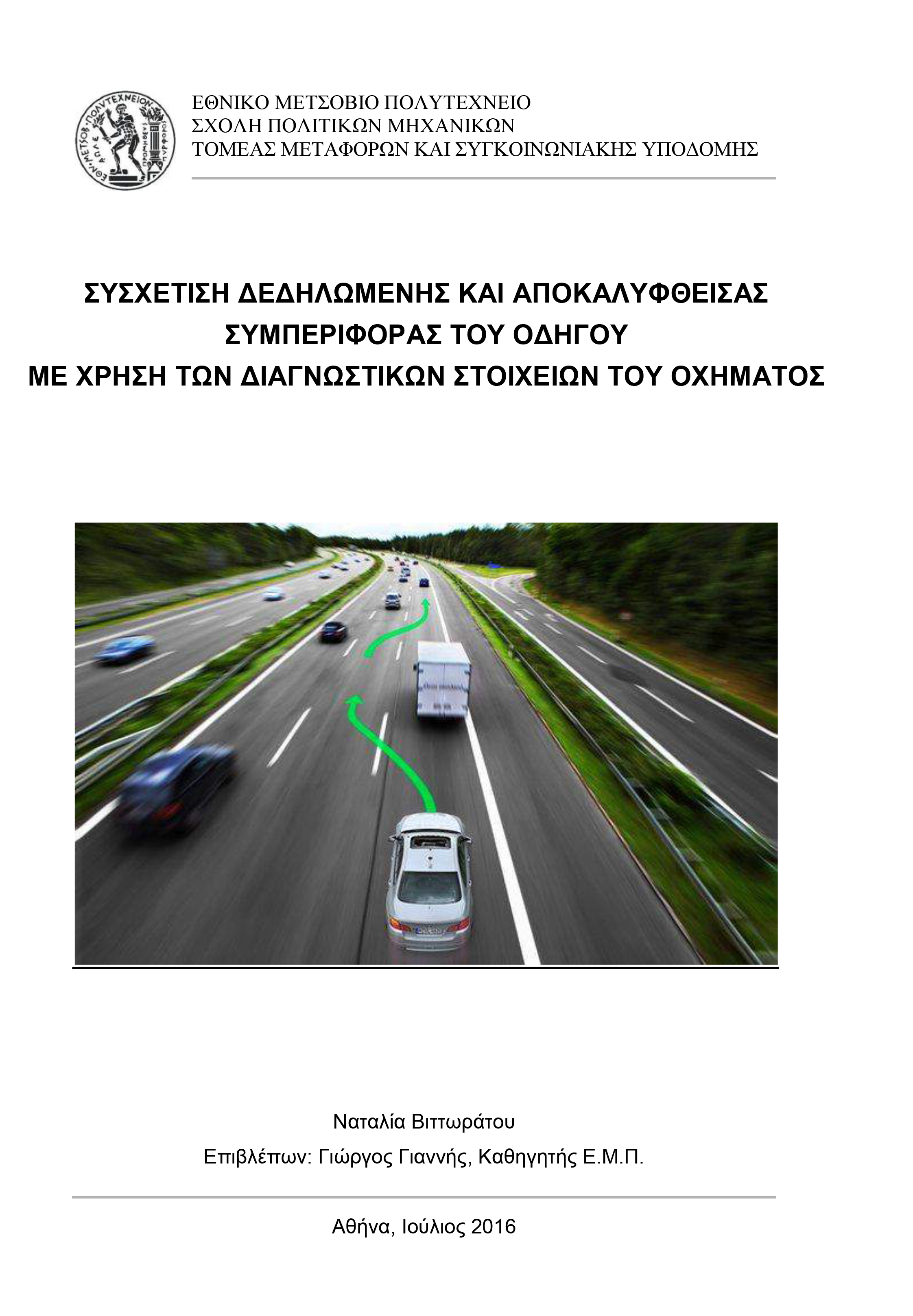 The aim of this diploma thesis is the correlation of stated and revealed driver’s behavior with the use of vehicle on-board diagnostics (OBD) data. On that purpose, a large data set from a driving behavior experiment was exploited, which recorded abnormal behavior of 17 drivers. These data concerned harsh acceleration and braking, average traffic speed and mileage travelled, which were recorded per second during a period of three months. Drivers’ stated behavior was investigated through a corresponding questionnaire. For the data analysis, a mathematical statistical model was developed using linear regression. The results demonstrated a strong correlation between harsh brakings and accelerations on one hand and the number of accidents, the annual income and the declared frequency of harsh braking on the other.