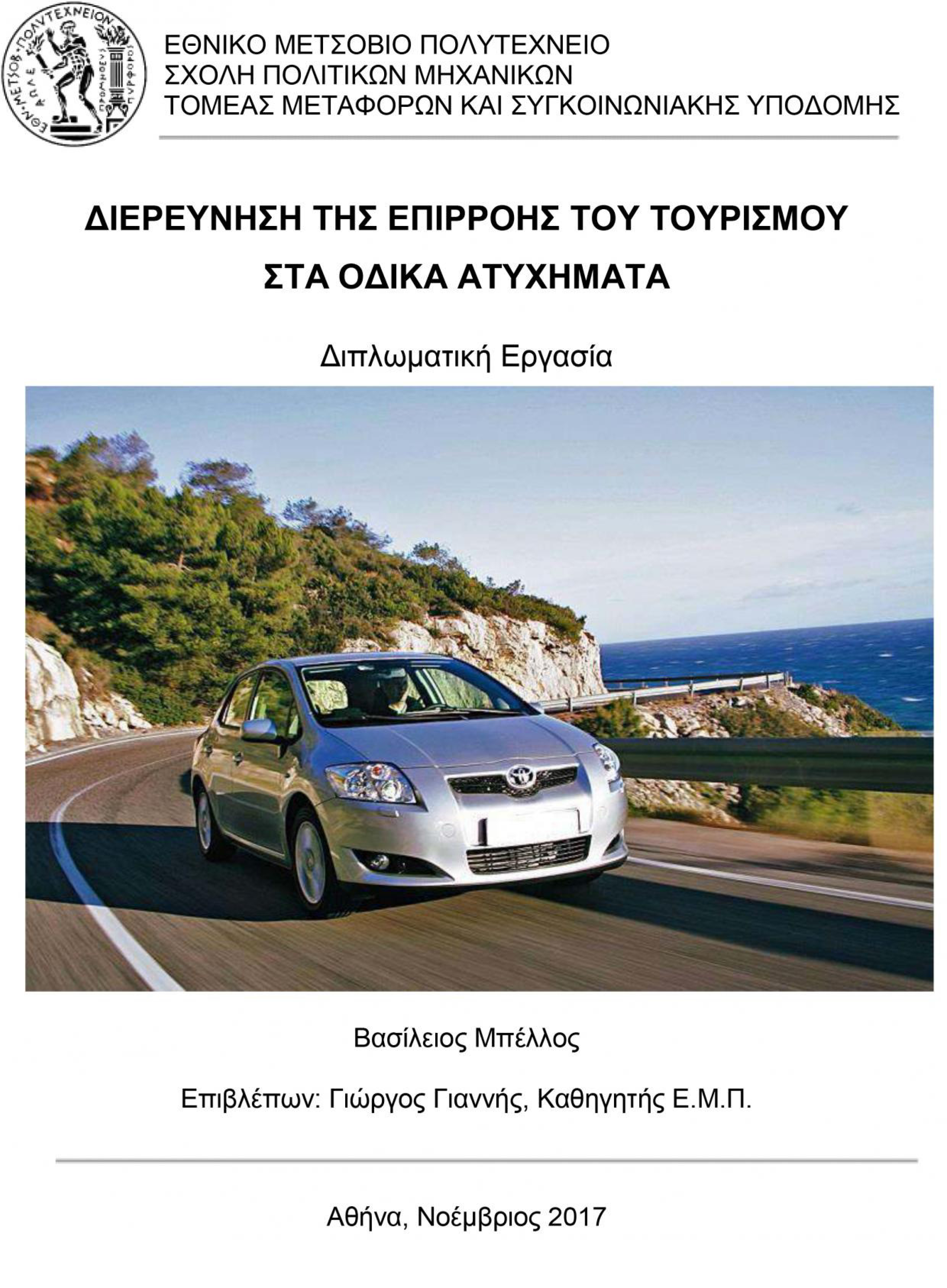 The objective of this Diploma Thesis is to investigate the effect of tourism on road accidents. For this purpose, data on road accidents in Greece for the five-year period of 2011-2015 were collected. The data underwent processing in order to allocate the factors that characterize road accidents, i.e. the nationality of the driver, the season, the purpose of travelling and the region, as variables. Negative binomial regression models were developed for this analysis. Application and comparison of the models led to the conclusion that tourists are more often involved in road accidents. More specifically, it was observed that both the tourist season and tourism as the purpose of travelling led to an increase in road accidents, with the highest increase being observed in tourist regions. As far as nationality is concerned, the fact that foreign tourists are involved in fewer road accidents than Greek drivers is attributed to the relative risk exposure. However, the increase of the relative rate ratio of road accident involvement for foreign tourists in tourist regions may indicate the increased risk of foreign tourists compared to Greek drivers.