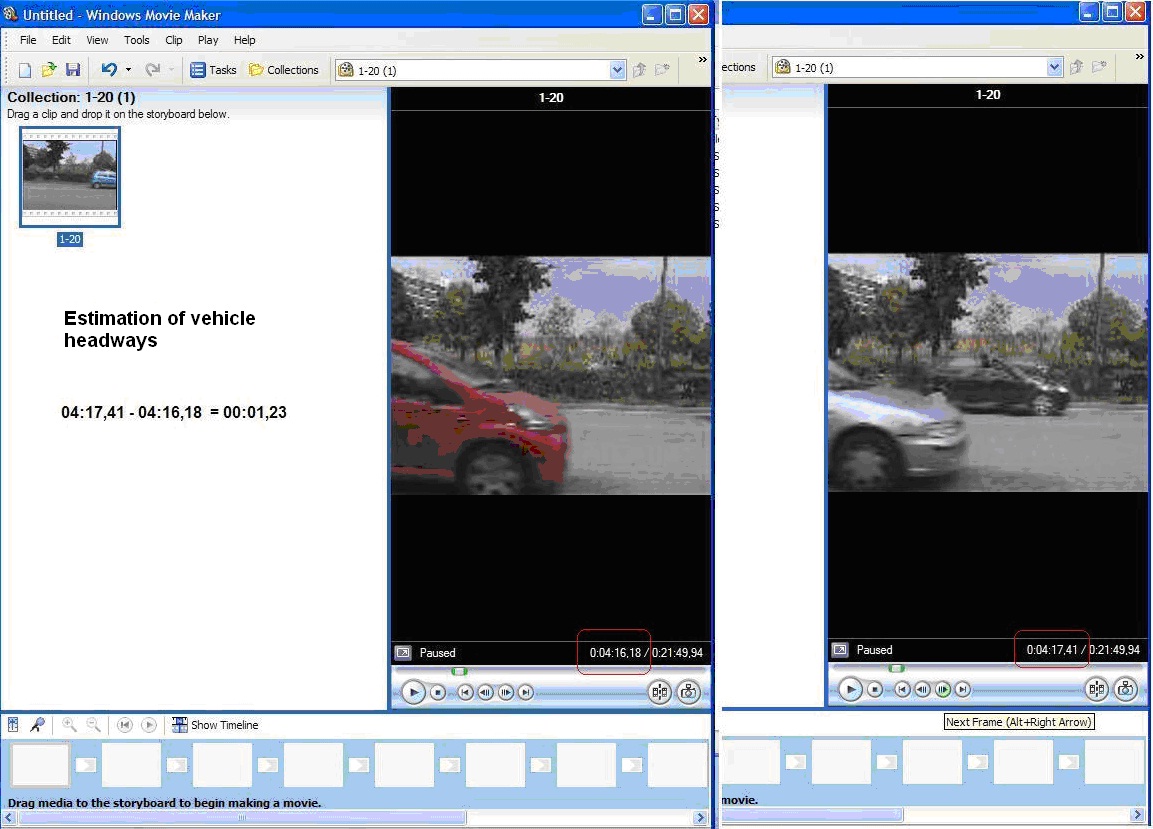 The objective of this research is the analysis of the impact of cell phone use on vehicle traffic speed and headways. For this purpose, a field survey was carried out in real traffic conditions, unlike most related studies that are based on either questionnaire responses or driving simulator experiments. In particular, traffic data were recorded on a four-lane urban arterial segment by means of a video camera and a speed gun. Linear regression models were developed for the analysis of the effect of cell phone use and other variables on traffic speed and time / space headways. It was found that vehicle speed is increased for young drivers (aged 18-25 years), male drivers and taxi drivers, and decreased for older drivers (>55 years) and for drivers using their cell phone while driving. Vehicle’s time headways were not found to be affected by cell phone use. However, headspaces, estimated as the product of vehicle speed and time headways, were found to be decreased for drivers using their cell phone, young drivers and older drivers. Moreover, headspaces increased with the difference in speed and in headway of the vehicle ahead. Overall, drivers between 25-55 years old are associated with larger space headways regardless of the use of cell phone, possibly due to a combination of adequate driving experience and skills. Cell phone use results in lower speeds, suggesting a driver’s compensatory effect on the distraction caused by the cell phone use, an effect also identified in previous research. This distraction is also reflected in the reduced space headways associated with cell phone use for all drivers. The reduction is more pronounced when the speed and headway difference between successive vehicles was not significant in the first place, as is the case for vehicle platoons.