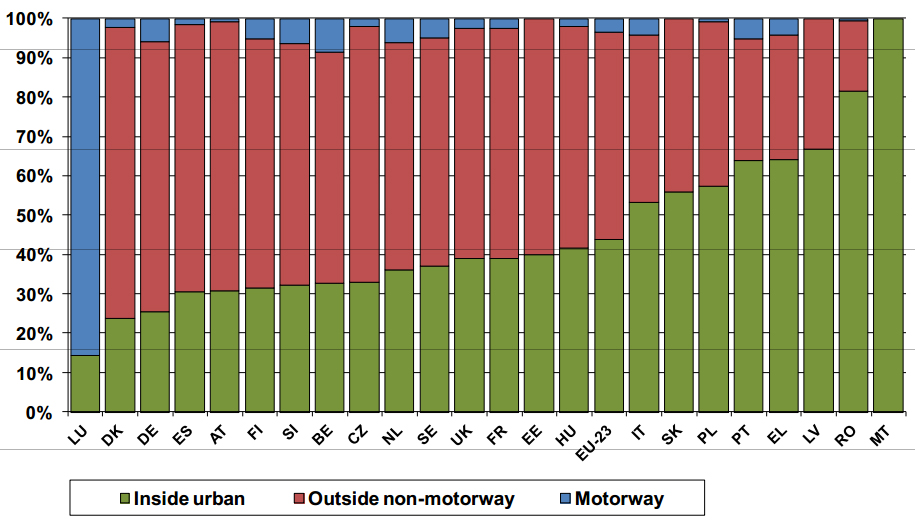 Powered two wheelers (PTW) are very popular modes of transport, with dominant modal share in some developing countries, but also throughout the world. More than 62.000 persons were killed in traffic accidents involving PTWs in the 27 European Union countries between 2001 and 2009. In these 27 countries there were -18% fewer PTW traffic accident fatalities in 2009 than in 2001 in comparison to -36% fewer fatalities in total. The objective of this research is the analysis of PTW road safety related parameters in European countries through the use of the EU CARE database with disaggregated data on road accidents as well as of other international data sources (OECD/IRTAD, Eurostat, etc.). Time-series data from 23 EU countries over a period of 10 years (1999-2008) are correlated with basic safety parameters, such as area type and age and gender of the driver. Additional insight into accident causation is offered through the use of in-depth accident data from the EC SafetyNet project Accident Causation Database. The results of the analysis allow for an overall assessment of the PTW road safety level in Europe in comparison to other modes, thus providing useful support to decision makers working for the improvement of safety in the European road network.