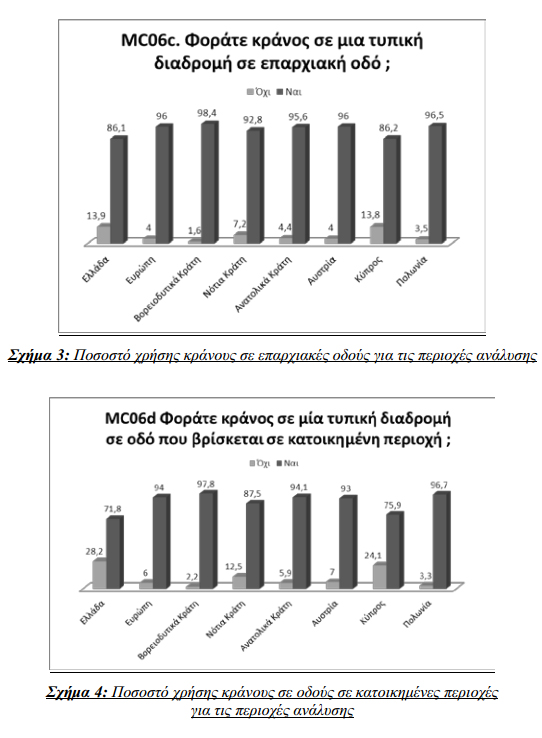 This survey aims to investigate factors which influence helmet use among European motorcyclists. Inorder to achieve this objective, an analysis took place, based on data from the SARTRE 4 Pan-Europeansurvey, which was conducted on a representative sample of European motorcycle drivers by the use of acommon questionnaire. Binary Logistic regression models were developed to investigate factors affectinghelmet use on four types of roads (motorways, main roads between towns, country roads and built-upareas). These models were used on the samples from Greece, Europe as a whole, three groups of countries(Northwest, South and East) and three representative countries. According to the results from the modelsapplication, the main characteristic of the motorcyclists who are more likely to wear helmet, is that theyfasten it frequently. On the contrary, the main factor that decreases the probability of a motorcyclist towear helmet is helmet usage only because it is mandatory by law. Finally, similarities were found in thefactors influencing helmet usage among Greek motorcyclists and motorcyclists in the group of South-European countries and from Europe as a whole.