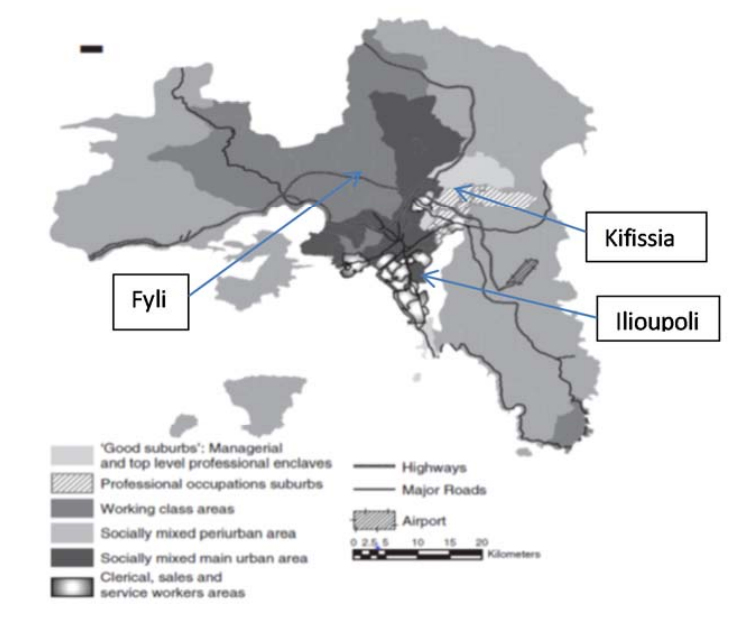 Socioeconomic status (SES) seems to have a clear relation to several health issues, with traffic injury risk being one of them. The aim of this study is to examine the link between SES and the use of restraint systems for young children and the adults accompanying them, on their everyday commute, to the nursery school.

The study is based on a statistical analysis of data, from 734 children, collected from municipal nursery schools, in three suburbs of Athens: (i) Fyli (low SES area), (ii) Ilioupoli (medium SES area) and (iii) Kifissia (high SES area).

Although 90% of children are driven to school a large percentage of respondents specify that they do not use CRS systematically (26%), or driver seatbelt (9%) for this commute. Logistic regression model results show that the use of driver seat belt and CRS are influenced by SES of the family and the SES of the area.