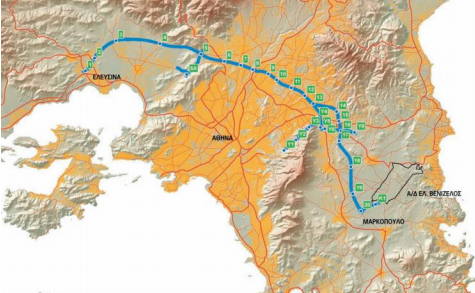 Modeling road accident occurrence has gained increasing attention over the years. So far, considerable efforts have been madefrom researchers and policy makers in order to explain road accidents and improve road safety performance of highways. Inreality, road accidents are rare events. In such cases, the binary dependent variable is characterized by dozens to thousands oftimes fewer events (accidents) than non-events (non-accidents). Instead of using traditional logistic regression methods, thispaper considers accidents as rare events and proposes a series of rare-events logit models which are applied in order to modelroad accident occurrence by utilizing real-time traffic data. This statistical procedure was initially proposed by King and Zeng(2001) when scholars study rare events such as wars, massive economic crises and so on. Rare-events logit models basicallyestimate the same models as traditional logistic regression, but the estimates as well as the probabilities are corrected for the biasthat occurs when the sample is small or the observed events are very rare. Consequently, the basic problem of underestimatingthe event probabilities is avoided as stated by King and Zeng (2001). To the best of our knowledge, this is the first time that thisapproach is followed when road accident data are analyzed. Instead of applying a traditional case-control study, the completedataset of hourly aggregated traffic data such as flow, occupancy, mean time speed and percentage of trucks, were collected fromthree random loop detectors in the Attica Tollway (“Attiki Odos”) located in Greater Athens Area in Greece for the 2008-2011period. The modeling results showed an adequate statistical fit and reveal a negative relationship between accident occurrenceand the natural logarithm of speed in the accident location. This study attempts to contribute to the understanding of accidentoccurrence in motorways by developing novel models such as the rare-events logit for the first time in safety evaluation of motorways.