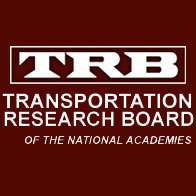 Stopping sight distance (SSD) is a key control element that directly affects the suggested values of crucial road design parameters. Although there is a significant difference in SSD values between upgrades and downgrades, many design policies ignore the grade effect during vehicle braking on variable grades. Such a case occurs during the determination of crest vertical curvature rates in which the relevant SSD values are extracted assuming leveled road geometry. This paper investigates a possible deficiency of such an approach with regard to cases in which the length of the vertical curve exceeds the control SSD values. SSD calculation on variable grades during the braking process was addressed through a recently developed process that related the point mass model and the laws of mechanics. For a wide range of design speed values, charts illustrating the required SSDs were drawn as a function of negative ending grade values related to the control crest vertical curve rates adopted by AASHTO. The process revealed numerous SSD shortage areas for which revised crest vertical curvature rates were provided to grant SSD adequacy throughout the vehicles’ braking process. This paper also aimed to provide designers with ready-to-use vertical design tools associated with amended vertical curvature rates to AASHTO’s road functional classification as a function of the crest vertical curve’s exit grade value.