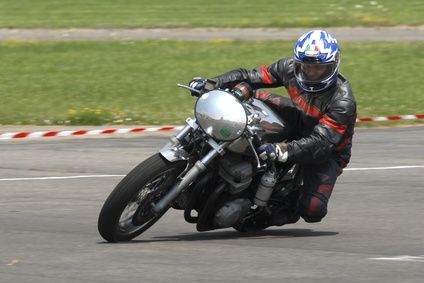 Introduction: Wearing a helmet is the single most effective way of reducing head injuries and fatalities resulting from motorcycle crashes. The objective of this research is the analysis of motorcycle helmet wearing in Greece and the identification of the related determinants.  Method: Helmet wearing in Greece was recorded through an on-site observational survey. Collected data were used for the development of a binary logistic regression model. The independent variables used were time of the day, motorcycle type, road type and riders’ characteristics (gender, age and position on the motorcycle). Pseudo-elasticity values for all variables were calculated in order to quantify the impact of each one on helmet wearing.  Results: The survey revealed low helmet wearing rates. The rates are much higher in rural than in urban areas and for drivers of large motorcycles. Based on pseudo-elasticity values the variable with the greatest impact on wearing a helmet is being the driver.Impact on industry: The identification of some of the parameters that have an influence on the behaviour of motorcyclists in Greece concerning helmet wearing and the consequent results can be exploited by road safety policy decision makers, as well as by motorcycle and helmet industries, in future efforts for the increase of helmet wearing in Greece.Conclusions: Helmet wearing should be rigorously enforced at a population level. Community education campaigns and promotion of motorcyclists’ education should be considered along with enforcement. Generally, public awareness of the crash risk associated with riding without a helmet should be increased.