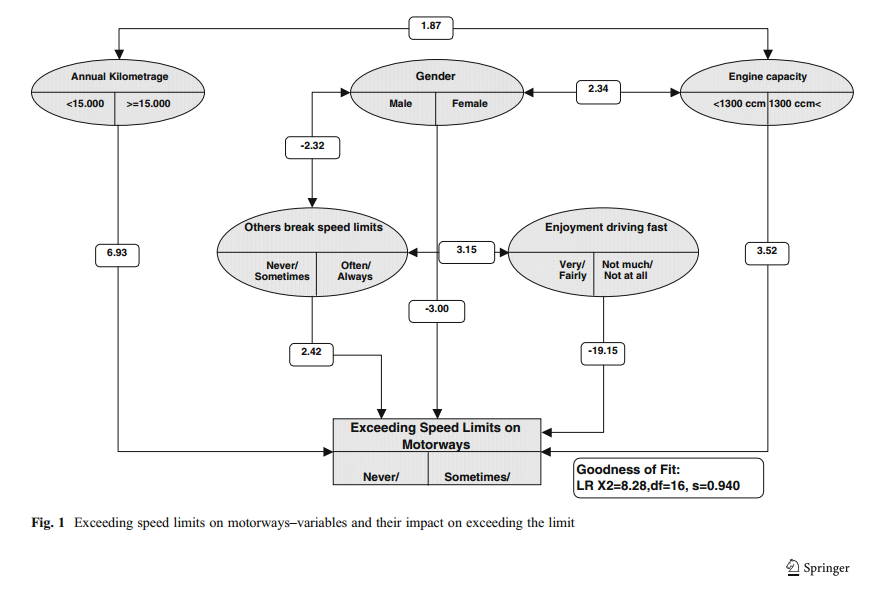 Purpose: The present study attempts to explore relationships between drivers’ attitude towards exceeding speed limits in different types of road and the drivers’ characteristics and self-reported speed behaviour. Method: The basis of the study was the answers that approximately 1.000 drivers from each of 23 European countries gave to specific questions of a specially designed questionnaire relating to speed behaviour and other personal characteristics. Loglinear analysis was used and four models were developed: for motorways, main roads, country roads and built-up area roads. Results/Conclusions: The model application revealed that the dependent variable (self-reported exceeding the speed limit) is strongly dependent on the belief that other drivers exceed speed limits for all four road types. Other variables found to have an impact on the attitude towards exceeding speed limits concern driver characteristics (gender, age group, annual kilometrage), opinions (enjoyment of driving fast, the expectation of speed enforcement and wishes for higher limits) and self-reported behaviour (having received penalty for speeding) and other parameters (engine capacity of its car, signalling others about police trap).