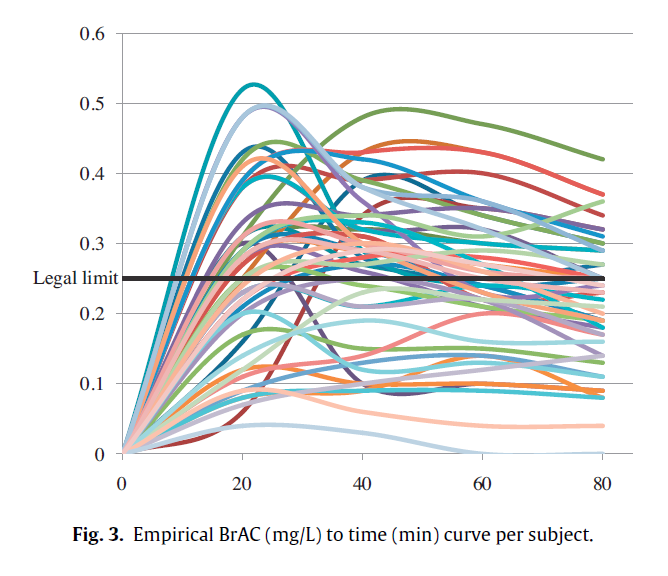 Young individuals who drive under the influence of alcohol have a higher relative risk of crash involvement; as such, the literature has extensively investigated the factors affecting such involvement through both post-accident surveys and simulator experiments. The effects of differentiated breath alcohol concentrations (BrAC) on young driver behavior, however, have been largely unaddressed, mainly as a result of the difficulty in collecting the necessary data. We explore young driver behavior under the influence of alcohol using a driving simulator experiment where 49 participants were subjected to a common pre-defined dose of alcohol consumption. Comparing reaction times before and after consumption allows for interesting insights and suggestions regarding policy interventions. As expected, the results indicate that increased reaction times before consuming alcohol strongly affect post-consumption reaction times, while increased BrAC levels prolong reaction times; a 10% increase in BrAC levels results in a 2% increase in reaction time. Interestingly, individuals with faster alcohol absorption times perform better regardless of absolute BrAC level, while recent meals lead to higher reaction times and regular exercising to lower.