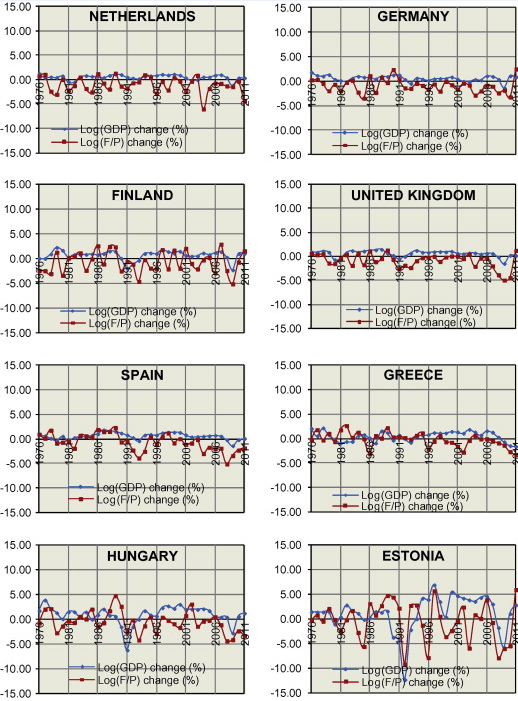 Road safety developments are correlated with mobility developments, which are in turn affected by socioeconomic factors (level of motorisation, economic growth etc.). During the last few years, road traffic fatalities exhibit important annual reductions in several developed countries; these reductions cannot be justified by policy efforts alone, and are partly attributed to the global economic recession affecting most countries’ economy and mobility. The present research aims to associate annual Gross Domestic Product (GDP) changes with the related annual changes in road traffic mortality rates. Mortality rates and GDP per capita data for the period 1975–2011 are used from 27 European countries, for the development of mixed linear models. The results suggest that an annual increase of GDP per capita leads to an annual increase of mortality rates, whereas an annual decrease of GDP per capita leads to an annual decrease of mortality rates. These effects are statistically significant overall, and in different groups of countries (Northern/Western, Central/Eastern and Southern). A one-year lagged effect of annual GDP decrease was found to be significant in Northern/Western countries. These effects may capture annual GDP increases from the improvement in the prosperity level of most European countries, as well as occasional annual GDP decreases as a result of socioeconomic events (e.g. economic recessions, political changes in Central/Eastern European countries in the early nineties etc.). The models proposed in this paper are able to characterise the short-term dynamics of the examined variables, but not their long-run relationships.