Yannis G., Papadimitriou E., Papathanasiou E., Postantzi E., “Impact of mobile phone use and music on driver behaviour and safety by the use of a driving simulator”, European Transport, in press. 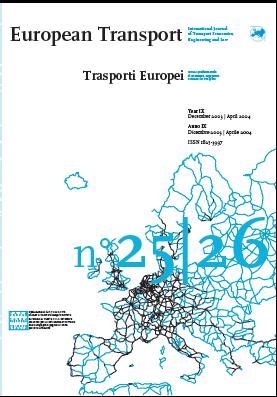 This study attempts to investigate and compare the impact of mobile phone use and listening to music on driver behavior and the probability of being involved in an accident. An experimental process on a driving simulator was carried out, in which all the participants drove in a mountainous road with and without mobile phone (handheld mode) and music. Lognormal regression models were developed for driver speed and it appeared that mobile phone use leads to a statistically significant decrease in speed, while music tends to increase it. Moreover, a “difficult” conversation at the mobile phone leads to an increase in reaction time at unexpected events, and mobile phone use in general leads to an increase in the distance of the vehicle from the central axis of the road. Through a binary logistic regression analysis it appeared that the “difficult” conversation at the mobile phone may bring about a significant increase in the accident probability, in case of an unexpected event activated by the experiment coordinator. Finally, regarding the use of mobile phone with a “difficult” conversation, as a general conclusion it was noted that the lower speed and the increase of the distance from the central axis of the road cannot compensate for the much greater risk for an accident, in case of an unexpected event, due to increased reaction time.