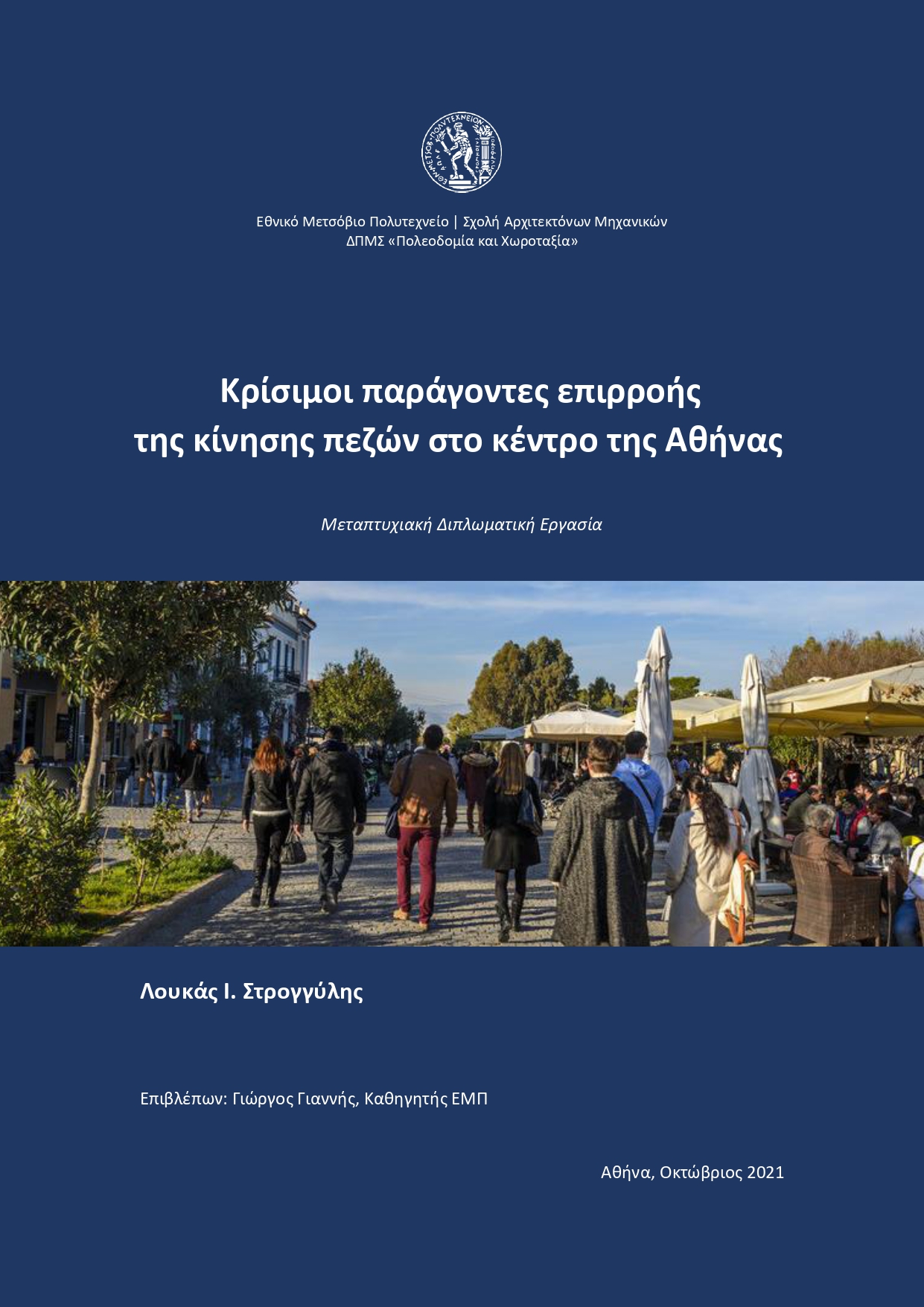 The aim of this Master’s Diploma Thesis is to examine and model the critical factors affecting pedestrian traffic in Athens Downtown, during the pilot implementation of the Athens Great Walk. For this purpose, two field surveys were carried out, one on travel characteristics through questionnaire, and the other one on pedestrian traffic through observations. As for the second one, the traffic volume of vehicles and pedestrians along with the modal split were collected for the period examined. The final database was completed with the land use and geometric features of the road sections examined. Moreover, the officially recorded data of the Covid-19 pandemic in Greece were also considered. Three statistical models of Poisson regression were developed in order to capture the correlation between pedestrian traffic in the Center of Athens and the factors affecting it. The results revealed that the factors affecting pedestrian traffic are significantly related to the motorized traffic, as well as road infrastructure, land use and Covid-19 Pandemic. After crucial conclusions to quantify the influence of each variable were drawn, comments were made on the positive effects of pilot mobility interventions, critical issues were considered and finally, proposals were made for the improvement of the pedestrian traffic in the center of Athens and for further research.