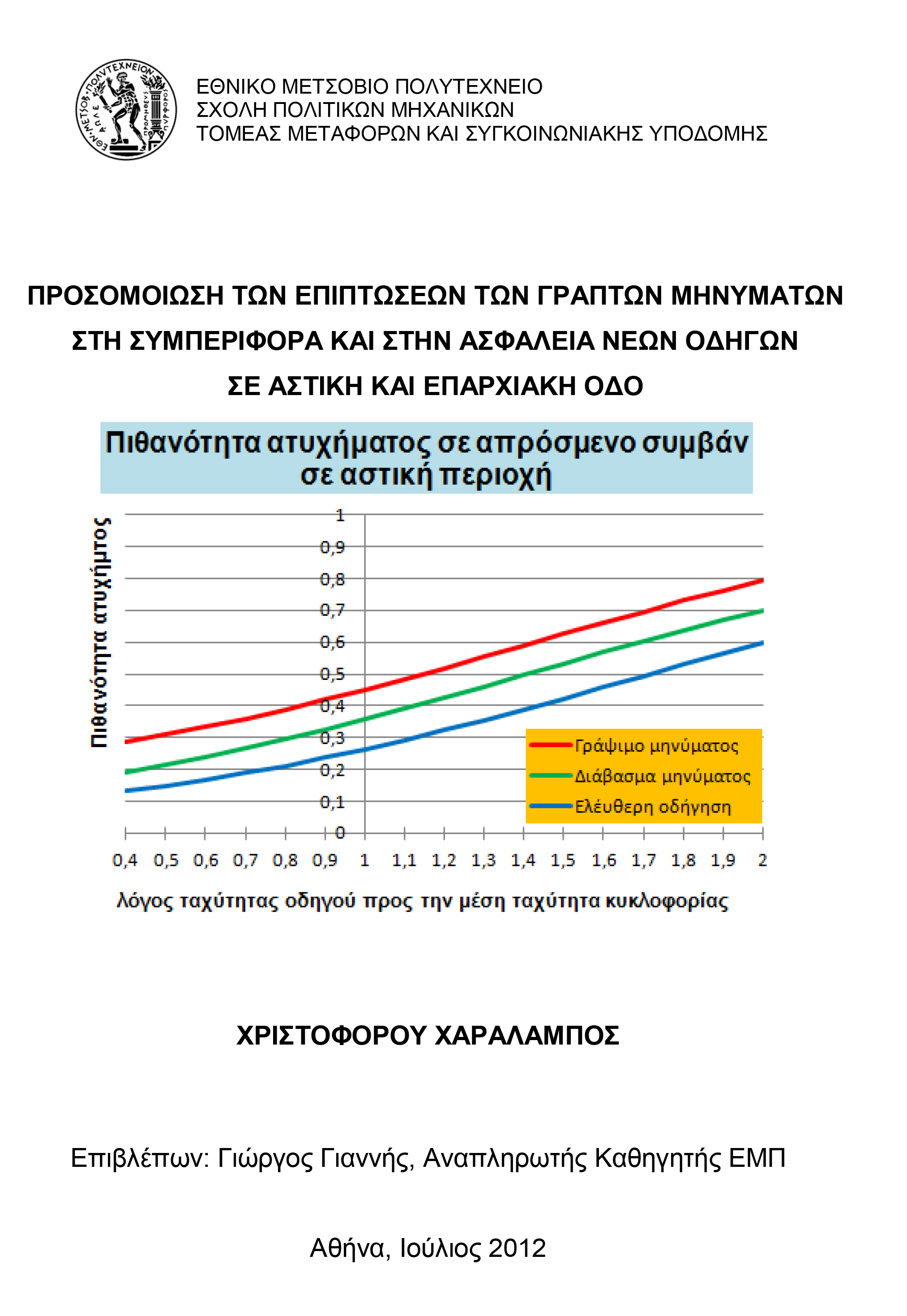 This Diploma Thesis aims to investigate the impact of texting to the behaviour and safety of young drivers in urban and rural roads. In order to achieve this objective an experimental process on a driving simulator was carried out, in which all the participants drove in different driving scenarios. Lognormal regression methods were used to investigate the influence of texting as well as various other parameters on the mean speed and mean reaction time. Binary logistic methods were used to investigate the influence of text messaging use as well as various other parameters in the probability of an accident. From the models application it appears that text messaging leads to statistically significant decrease of the mean speed and increase the mean reaction time in urban and interurban road environment and simultaneously leads to an increase of accident’s probability, perhaps due to distraction of driver attention and as a result of the delayed reaction time at the moment of the incident. It appeared that drivers with touch screen present different driving behaviour in their speed, however, they had a high probability of being involved in an accident.