Gartzonikas Christos, “Impact of texting on young drivers’ traffic and safety on motorways by the use of a driving simulator”, NTUA, School of Civil Engineering, Athens, July 2012. 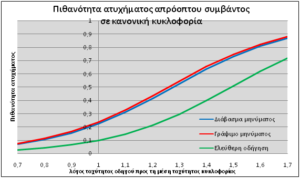