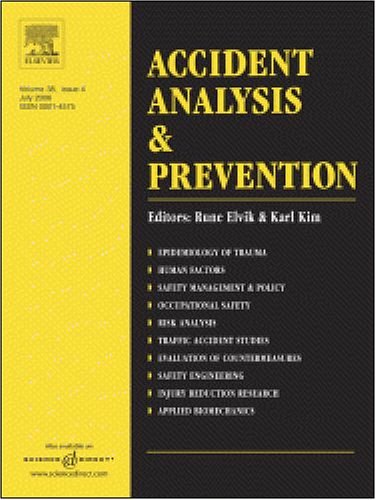 Data collected for building a road safety observatory usually include observations made sequentially through time. Examples of such data, called time series data, include annual (or monthly) number of road traffic accidents, traffic fatalities or vehicle kilometers driven in a country, as well as the corresponding values of safety performance indicators (e.g., data on speeding, seat belt use, alcohol use, etc.). Some commonly used statistical techniques imply assumptions that are often violated by the special properties of time series data, namely serial dependency among disturbances associated with the observations. The first objective of this paper is to demonstrate the impact of such violations to the applicability of standard methods of statistical inference, which leads to an under or overestimation of the standard error and consequently may produce erroneous inferences. Moreover, having established the adverse consequences of ignoring serial dependency issues, the paper aims to describe rigorous statistical techniques used to overcome them. In particular, appropriate time series analysis techniques of varying complexity are employed to describe the development over time, relating the accident-occurrences to explanatory factors such as exposure measures or safety performance indicators, and forecasting the development into the near future. Traditional regression models (whether they are linear, generalized linear or nonlinear) are shown not to naturally capture the inherent dependencies in time series data. Dedicated time series analysis techniques, such as the ARMA-type and DRAG approaches are discussed next, followed by structural time series models, which are a subclass of state space methods. The paper concludes with general recommendations and practice guidelines for the use of time series models in road safety research.