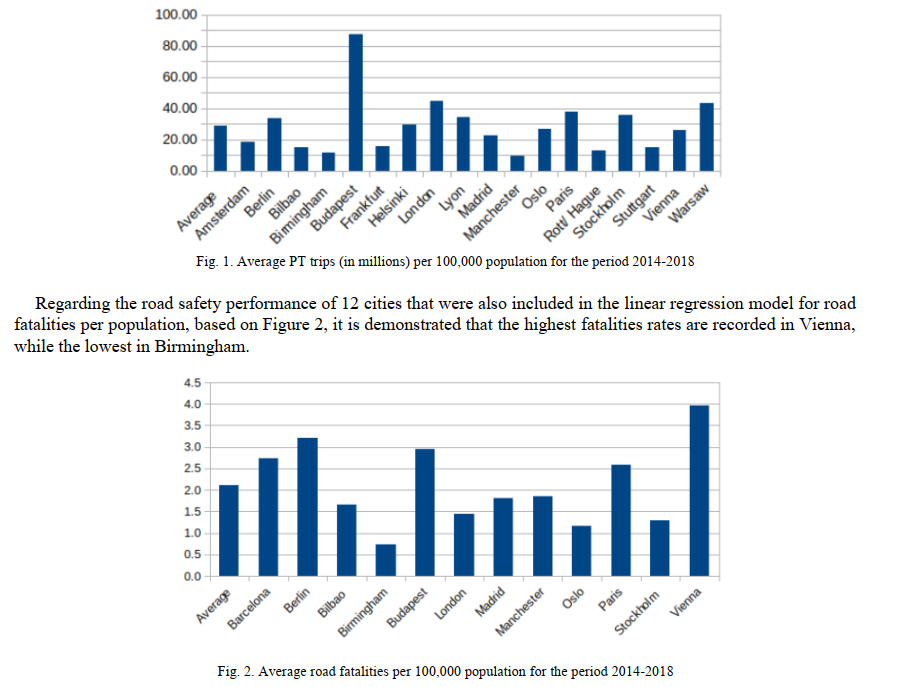 The aim of this paper is to investigate the impact of mobility characteristics on Public Transport (PT) and road safety performance. For this purpose, data for several large European cities on population, road network, traffic, mobility and road fatalities were collected from the European Metropolitan Transport Authorities’ reports and the European CARE database. Initially, a database was developed containing data for the period 2014–2018 and then, two linear regression models were developed. The results of the first model indicate that more bus and tram stops, increase in GDP, higher population density and PT public operation have a positive impact on PT demand, while the opposite is the case for increases in car ownership and PT fares. Based on the second model, it is revealed that increases in population density, bus and tram stops, modal share of active travelling modes, GDP and tram speed lead to road fatalities’ decrease.